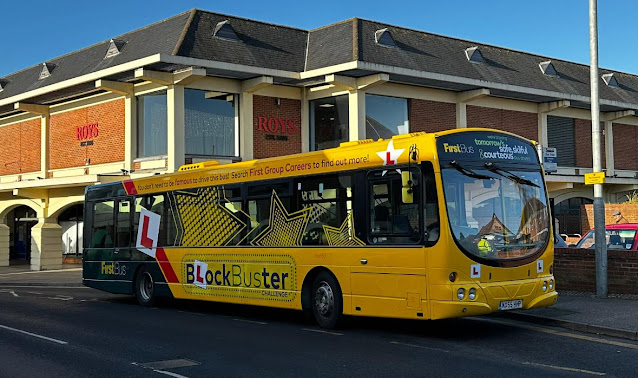 It is pictured here at Wroxham on route to Great Yarmouth's Caister Road depot. My thanks to Simon Taylor for the use of his photo.

Roy
Posted by eastnorfolkbus at 10:43 No comments:

First York Optare Versa EV 44912 YJ15 AYO has been testing in the Norwich area for a bout a week now and paid a brief visit to First Great Yarmouth's Caister Road depot last Sunday. The vehicle is being tested by Snetterton based Equipmake who are developing an electric drivetrain for Versa conversions. 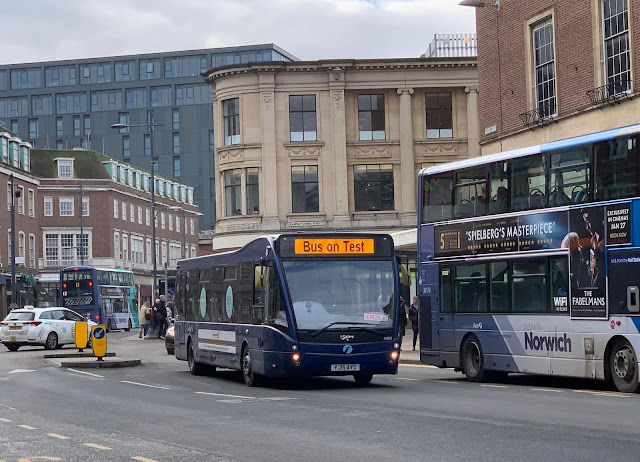 It was out again today on test and was seen on Red Lion Street by Liam S operating on trade plates. My thanks to Liam for the photo.

Roy
Posted by eastnorfolkbus at 16:53 No comments:

Peter Oakes tells me that a new addition to the Simonds of Botesdale fleet is an Alexander Dennis Enviro 200MMC; their first brand new service bus in ten years. 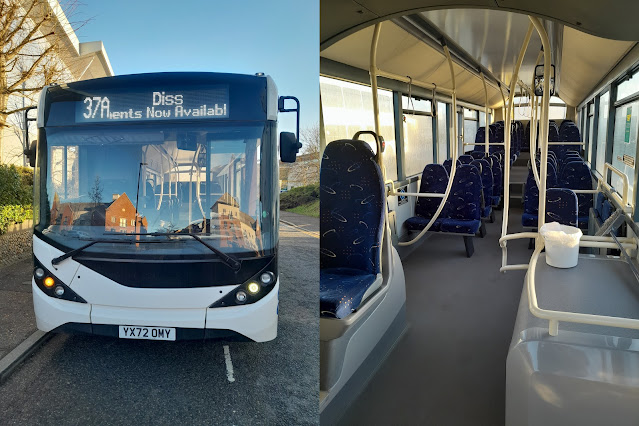 It carries the registration YX72 OMY and Peter provides some interior and exterior photos of it being used on a recent Saturday Only 37A service Diss to Norwich via East Harling.

My thanks to Peter for his help with this post

Roy
Posted by eastnorfolkbus at 09:04 No comments:

It's been some nine months now since I first observed comings and goings at East Norfolk Sixth Form College on Church Lane (ENSFC Bus Activity - 23rd April 2022) so I monitored activity there during yesterday afternoon. 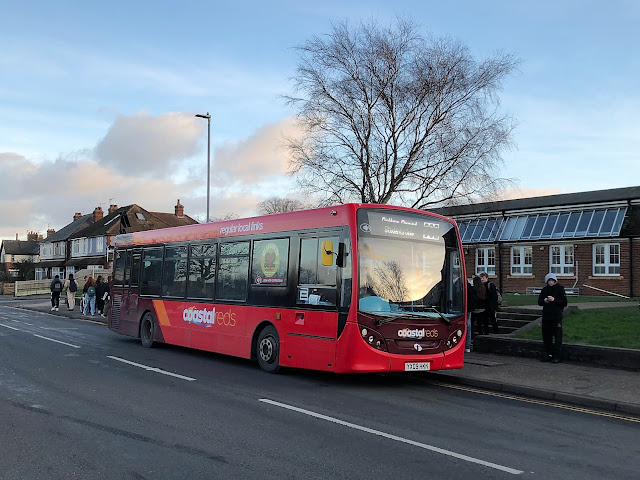 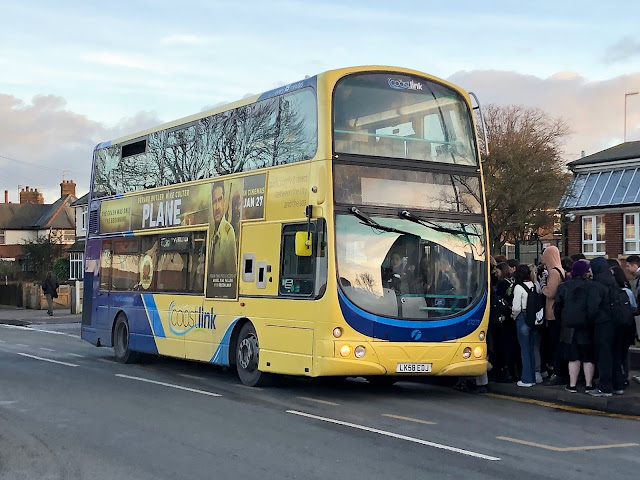 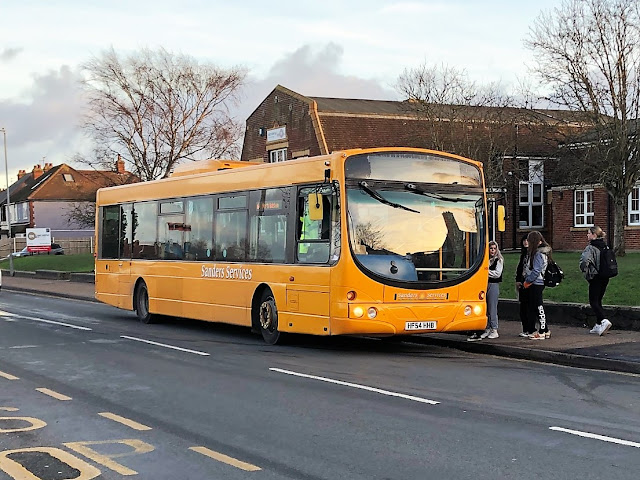 A couple of minutes later and Sanders' former Go South Coast Wright Eclipse Urban 506 HF54 HHB turned up with the extended 6 service to North Walsham starting at the college at 16:04. 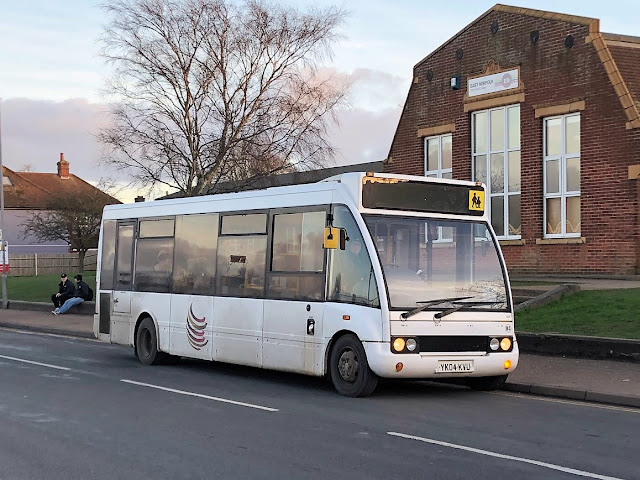 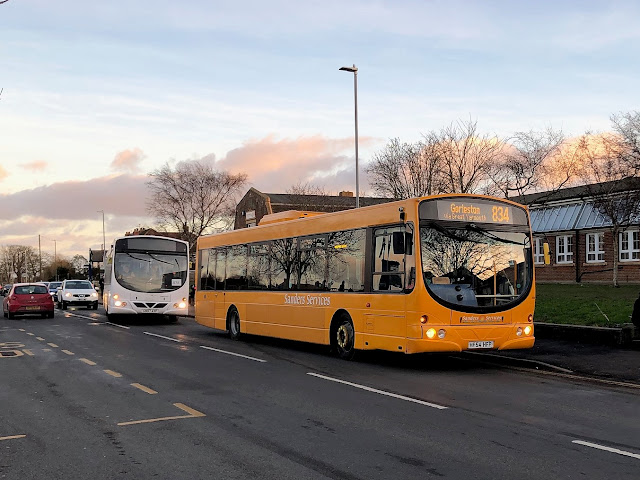 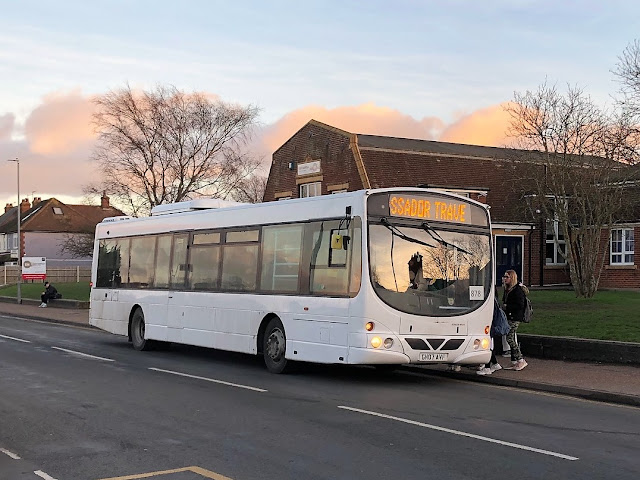 So after just over half an hour's activity everything returned to normal!

Roy
Posted by eastnorfolkbus at 08:42 No comments: 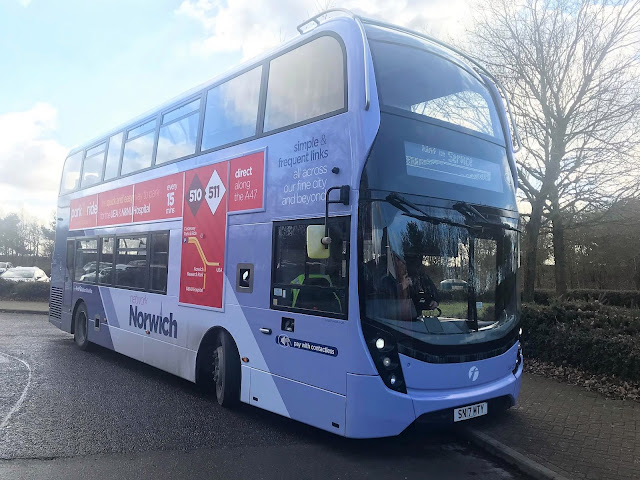 It is seen earlier today on the route by Dan High who has provide photos of it operating on the 510 service this morning between the park & ride site and the Norfolk & Norwich University Hospital. 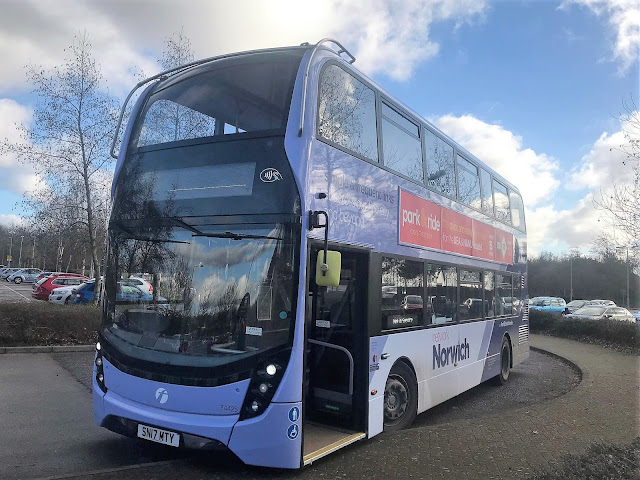 I am grateful to Dan for the photos 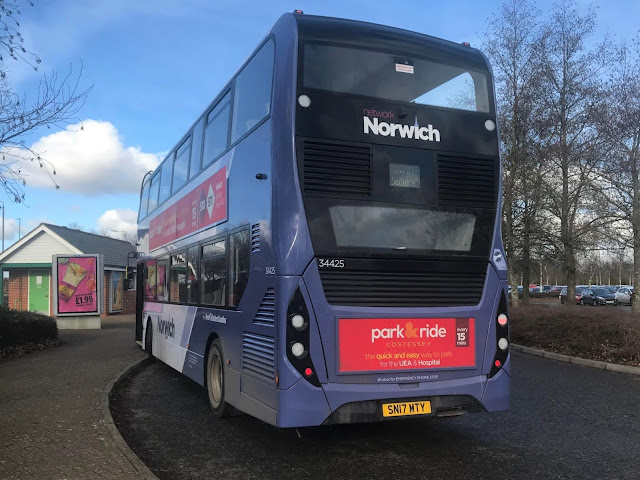 Roy
Posted by eastnorfolkbus at 12:49 No comments:

It's been sometime since we've looked at recent changes at Konnectbus' Dereham and Rackheath depots. 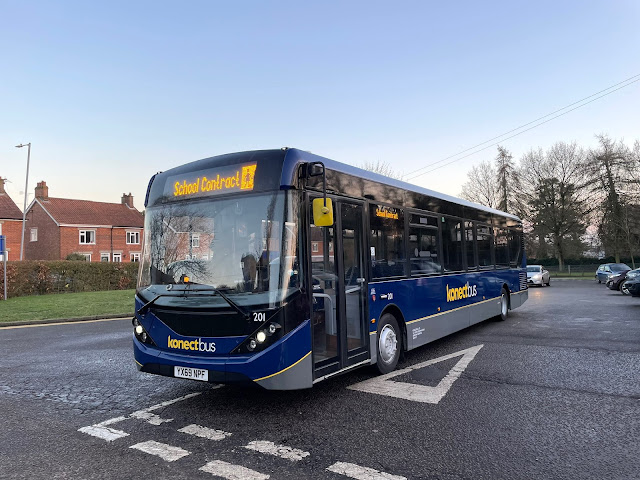 Many thanks to Kieran for the photo and the fleet update. The current fleet list can be viewed HERE

Roy
Posted by eastnorfolkbus at 10:41 No comments:

There are some entries of local interest in today's East of England Traffic Commissioner's Notices and Proceedings Report.

Anthony Marett Consultants has submitted an application for the authorisation of an operating centre for two vehicles at Metton Road, Roughton near Cromer.

First Eastern Counties is to provide a 'new' daily 109 service between Lowestoft Bus Station and Crestview Drive in Gunton from 27th January 2023. It is also amending the route and stopping places of its 101 Crestview Drive, Gunton to Cowslip Crescent, Hollow Grove service from the same date.

The complete Notices and Proceedings Report can be viewed here soon.

Roy
Posted by eastnorfolkbus at 10:13 No comments: