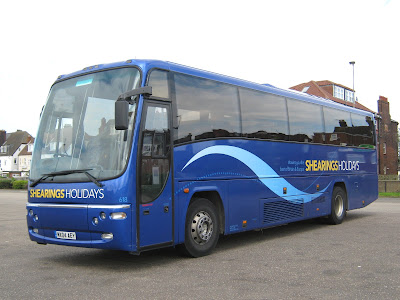 Six coaches were present at Beach Coach Station during mid-afternoon. 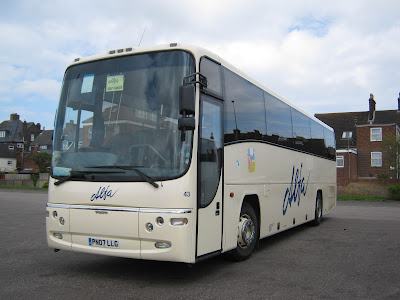 All three recent Dart transfers from Ipswich were present at Market Gates this afternoon operating local services within minutes of each other. 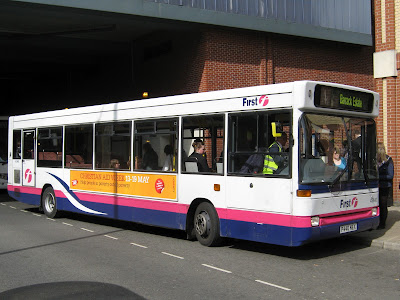 43433 (P433NEX) is pictured on the 4 to Barrack Estate and was observed working on the 2 and 4 routes for most of the afternoon.

43435 (P435NEX) has already been photographed on local workings and its photo can be seen here.

The remaining one of 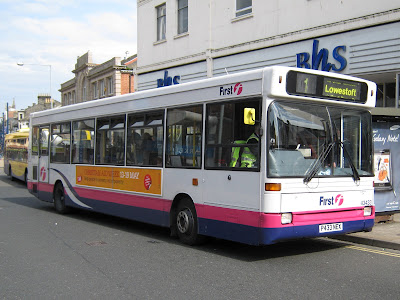 the former Ipswich trio can be seen about to work the 15:45 service 1 to Lowestoft outside BHS in Regent Road.

Whilst I was there Shearings Setra S416GT-HD 309 (BK11GJY) dropped off some passengers.

Minutes later First Eastern Counties newly repaired and painted 37156 (AU07DXS) passed through on the X1 to Lowestoft.
Posted by eastnorfolkbus at 21:15