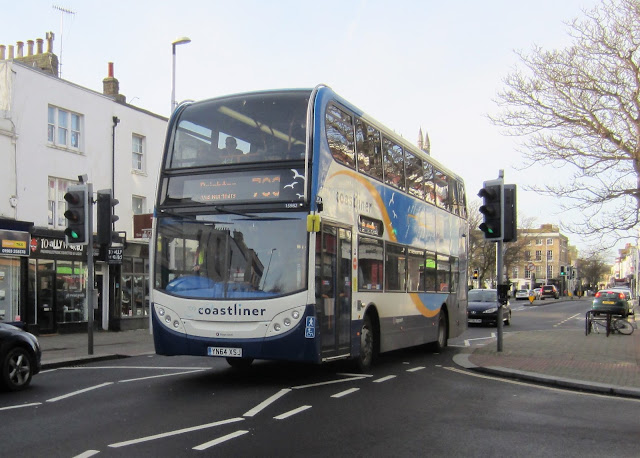 As we walked along Brighton Road into town, the first bus seen was Stagecoach South's YN64XSJ, a Scania N230UD/Alexander Dennis Enviro400, heading for Brighton on the Coastliner 700 route. 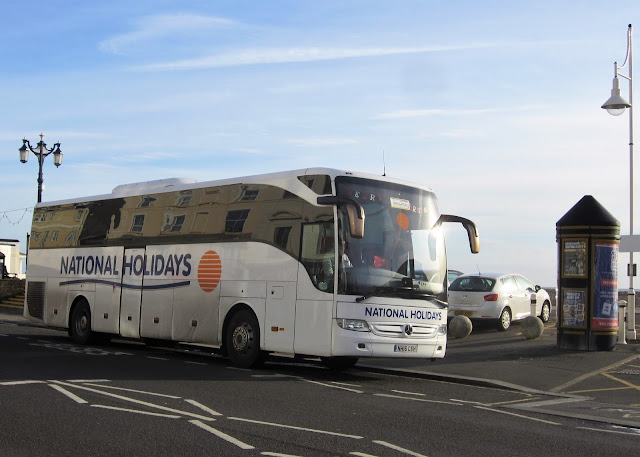 The return was via Marine Parade where National Holidays' Mercedes Benz Tourismo NH16CEH was laying over after a short run from Brighton - no doubt its occupants were taking a leisurely stroll as part of their tinsel and turkey tour!

Roy
Posted by eastnorfolkbus at 21:34