Every now and then we get an email in our inbox which provides a little bit of history of the local area's buses and coaches. 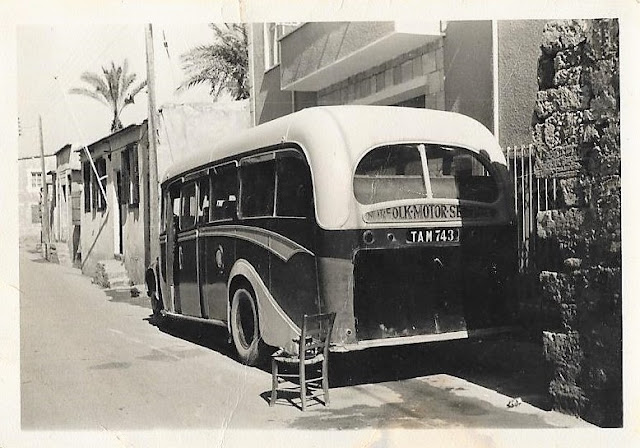 This weekend was one of those such occasions when I received a message from John Read who attached a photo of one of the Norfolk Motor Services vehicles which he was surprised to see in Cyprus in 1959 during his National Service with the R.A.F.

Its registration was TAM 743 and, despite many efforts to find out more about it on the internet, I can find no reference to it at all. John adds that he can’t remember exactly where it was taken but it must have been somewhere in the Famagusta / Larnaca area.

I'm very grateful to John for the photo and I just wander if there is anyone out there who can provide more details of the coach.

Identified!
Well it only took matter of hours for Robert Kelly to come up with the required information! The coach was originally EX 5818, a Duple bodied Bedford OB. It was new to Norfolk Motor Services in July 1947 and remained with them until January 1958. The 29 seater was reregistered to TAM 743 and exported to R Djafer of Famagusta a month later staying in service until April 1959.
My thanks to Robert for his thorough research.
Roy
Posted by eastnorfolkbus at 15:31