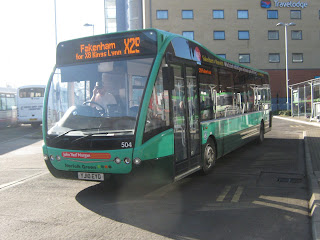 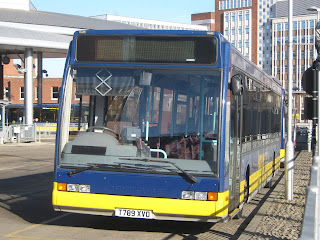 Meanwhile, Konectbus bus Optare Excel 289 T789XVO was seen parked up awaiting its next duty. (Shown Left)
Also of interest was a National Express vehicle working on the 727 service. CO82 (LK53KVZ) arrived in the Bus Station a little behind schedule at 12.20. 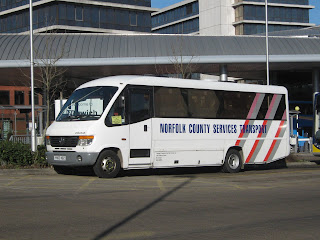 Norse's Mercedes Vario 7137 (YN53VBZ) was also parked up awaiting its next run to County Hall. The vehicle seems to have recently been painted in mainly white livery with NORFOLK COUNTY SERVICES TRANSPORT emblazoned on the sides.


Other photos taken on the day can be seen on my Flickr site
Posted by eastnorfolkbus at 18:53