Great Yarmouth News Round Up 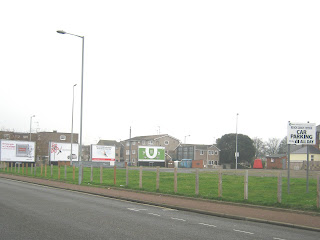 Norfolk County Council has agreed a loan of just over £2 million to fund the development of the Beach Coach station car park. The money is to be used to build 19 homes at the car park which is located at the northern end of the site. It will also fund a new entrance to the site.

The full story can be found here

Two Setras from Belle Coaches were parked up at Beach Coach Station this afternoon. Both 37 (MIL5303) and 46 (LIL9718) were thought to be laying over prior to working their return to Suffolk. 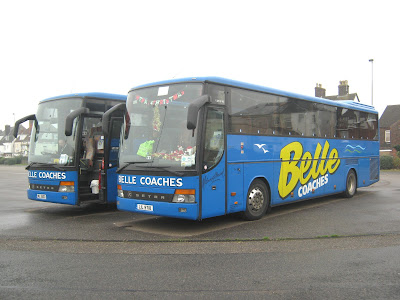 Shortly after lunchtime today three First Eastern Counties vehicles were noted on Bernard Matthews contracts. The first to pass me was 34110 W437CWX) (below) with 'Contract' displayed but with no passengers. This vehicle is the final production Volvo Olympian with Alexander Royale bodywork. 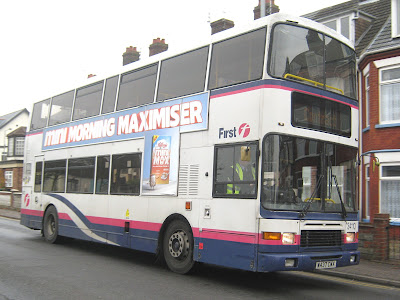 Next up was sister vehicle 34111 (W431CWX) displaying '...Sorry Not In Service...' but carrying passengers! As 34110 arrived via different route, I can only assume that 34111 was experiencing problems and that passengers would transfer from one to the other at the next stop. Normally only two deckers are used for Bernard Matthews contract work at that time. 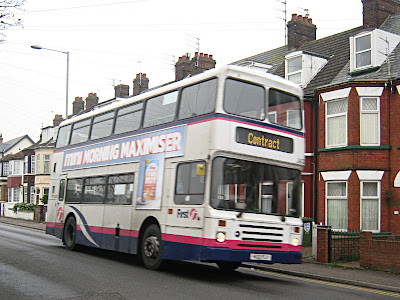 Following closely behind was the recently resurrected Olympian 34333 (H132 FLX) with 'Contract ' displayed and carrying passengers.

Pictured in Great Yarmouth Market Place this afternoon was this BBC owned vehicle. KX55APY is a 2005 MAN with East Lancs Myllenium bodywork. It is thought that it was being used in conjunction with the digital television switchover later in the month. 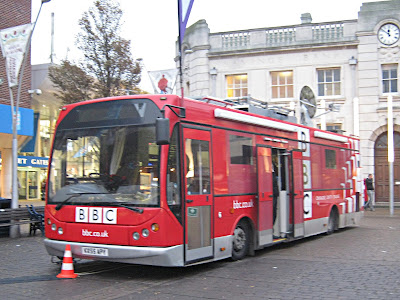 Developments at First Eastern Counties depot at Caister Road include the return of Routemaster 39480 (JJD480D) to the town.The Routemaster was being used to promote Norfolk County Council's Fare Fares campaign in the Market Place on Friday last (18th)

Another withdrawn Dart has left the depot with 43450 (P450NEX) being recently collected by Erith Commercials for scrapping.
Posted by eastnorfolkbus at 11:13