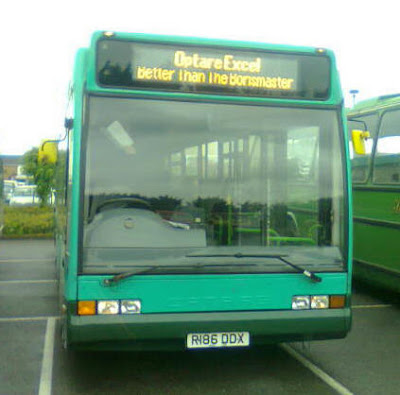 Former London Country RT3125 (KXW234) made an appearance as did a couple of Hedingham Darts - EU56FLN and EU05AUT.

Another Dart but with a Wright Handybus body, was J317XVX which came from Thameside/ Countybus.

Andy James informs me that it was acquired for preservation last year by a private buyer and it is believed that it will be restored to Ipswich Buses colours in due course.

My Thanks to Harry for his report and photo. A full list of participants can be viewed on the Clacton Rally website by clicking the 'Previous Events' tab.
Posted by eastnorfolkbus at 18:43