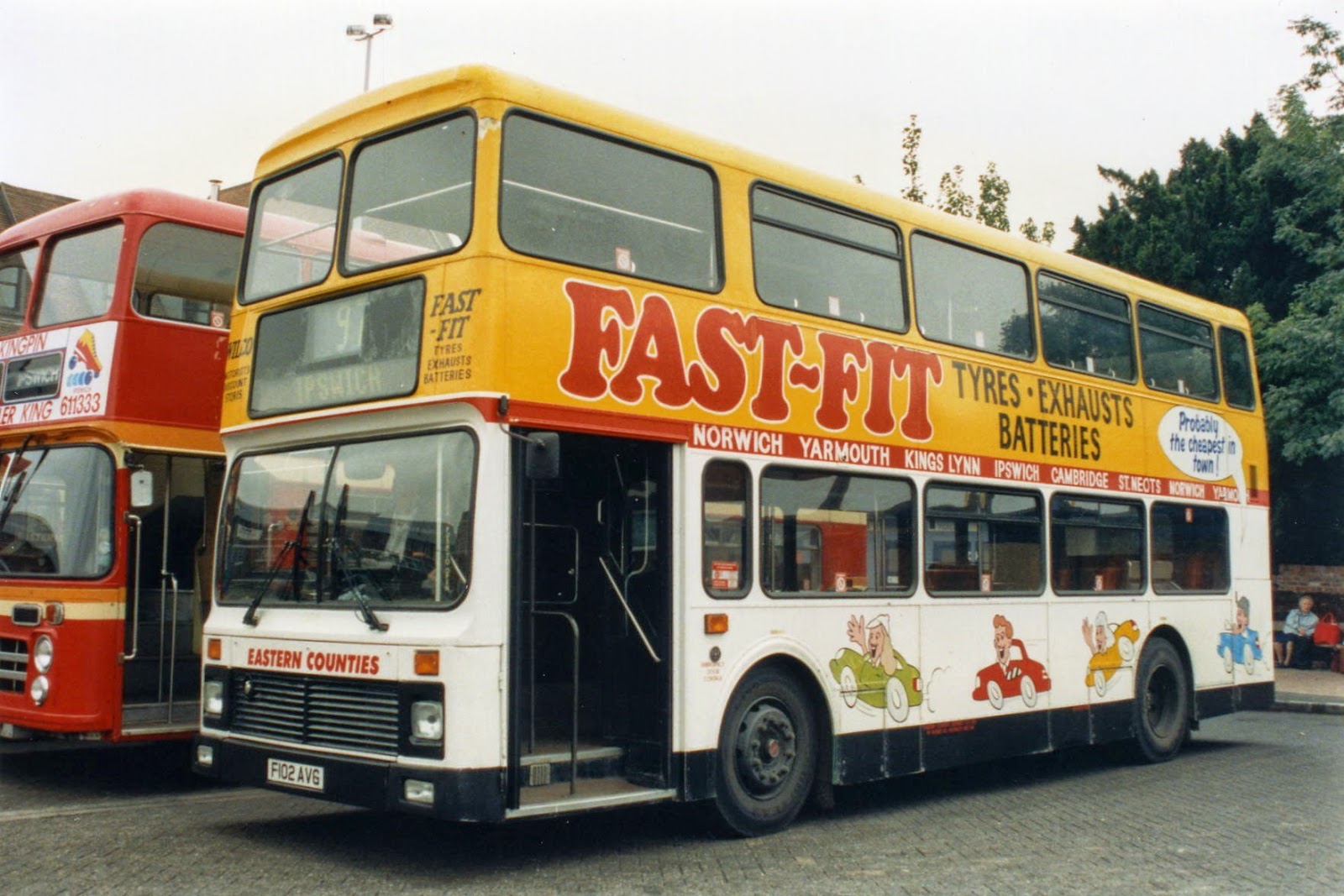 Yesterday's blog entry, regarding the application of an all over advert for Wilco, set Jim Long delving through his photos remembering a similar photo he had taken 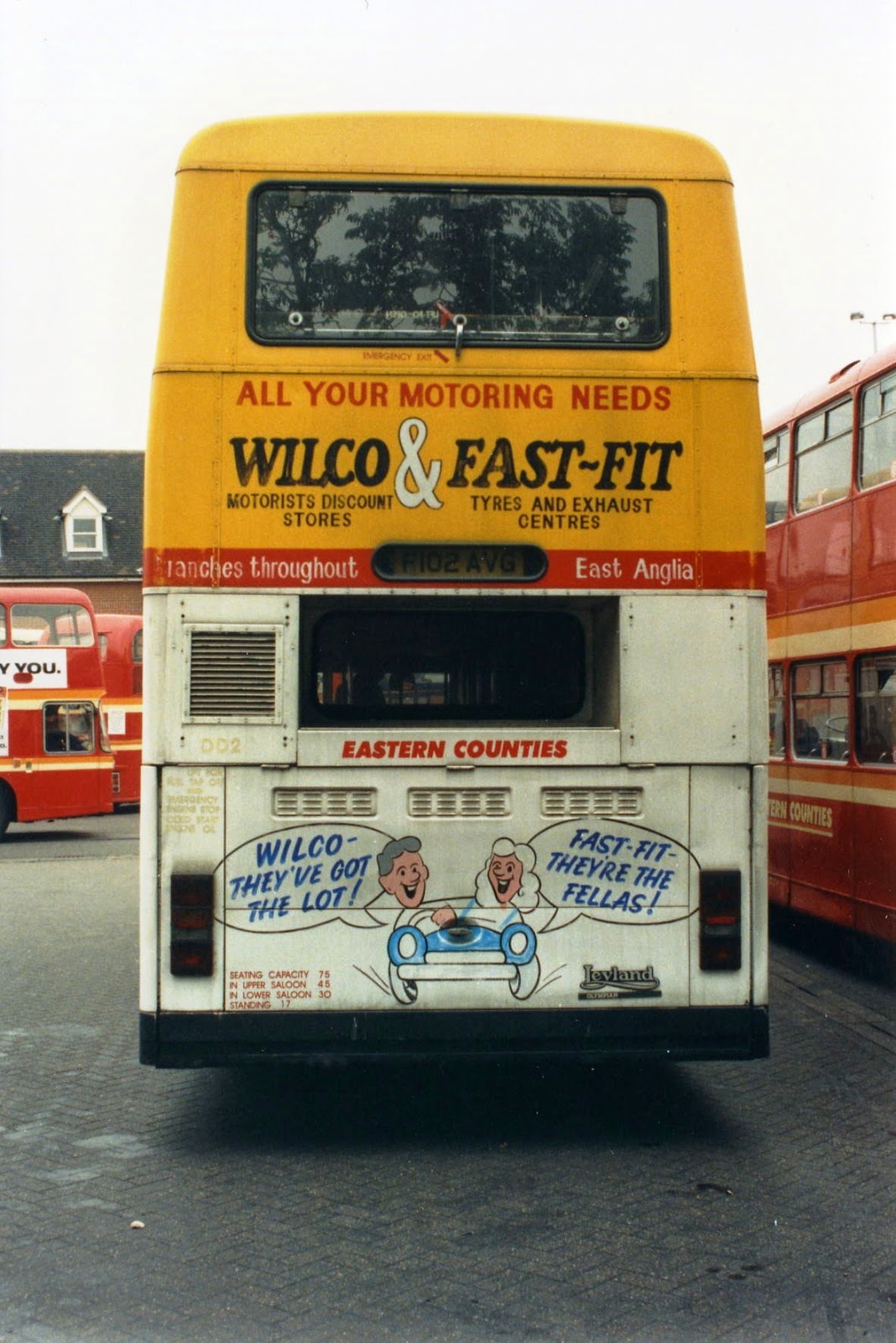 Jim's photos started my rummage through back copies of the Eastern Transport Collection's Terminus Magazine. The April 1989 issue states F102AVG was one of the first Olympians to join the Eastern Counties fleet. It was the first of five to be delivered on 31st March and 'probably entered service on 6th April having been used for engineering familiarisation' and a press launch the previous day.

'They are the first double deck one-man-operated buses with forward ascending staircases.' Apparently delivery of the remaining four of the order was delayed until later in the month due to gearboxes being unavailable. F102 was given fleetnumber DD2 and became 34822 under First

Many thanks for the contribution Jim - much appreciated
Posted by eastnorfolkbus at 11:31