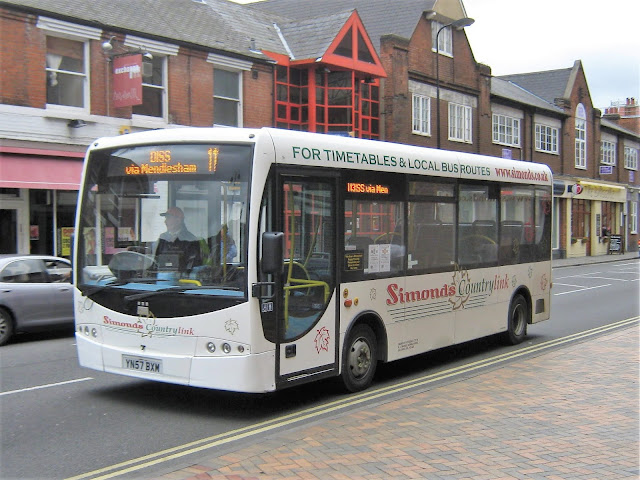 With almost all of the photos centred on activity at the Old Cattle Market Bus Station, the first is of Simonds Countrylink liveried YN57 BXM on Falcon Street. The Plaxton Prima bodied Enterprise Bus Plasma was new to Dawson Rentals in October 2007 and, after spending time with Romdrive of Melton Mowbray and Central Connect, it joined the Simmonds fleet in December 2009. 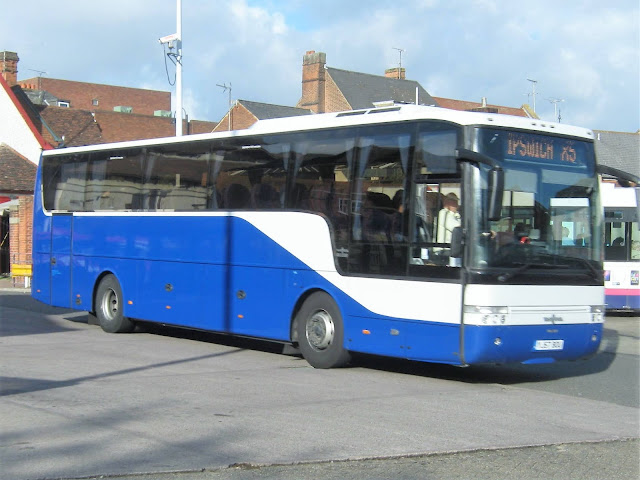 Heading over to the bus station we see Telling's Golden Miller VDL SB4000/ Van Hool Alizée T9 YJ57 BOU arriving on the X5 service (apologies for the picture quality). New to TGM in July 2008, it operated an 'Airport By Coach' service connecting areas of Essex to Stanstead Airport. It subsequently moved to New Adventure Travel of South Wales. 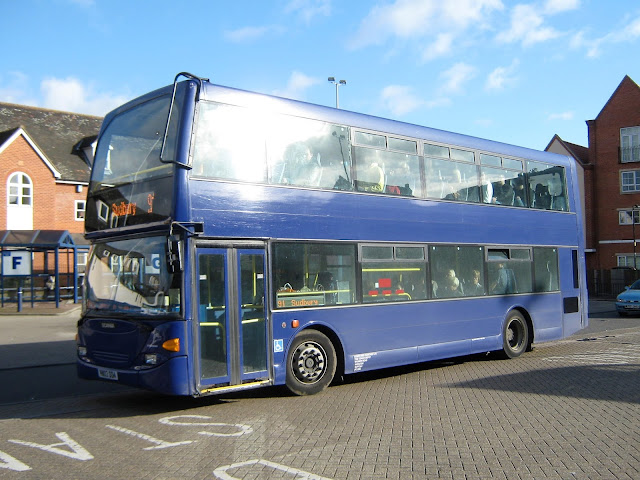 Also observed was Scania N94UD YN03 DDA from the Constable Coaches fleet working a Sudbury service. The East Lancs bodied decker was new to the operator in May 2003 and is still with Beestons today. 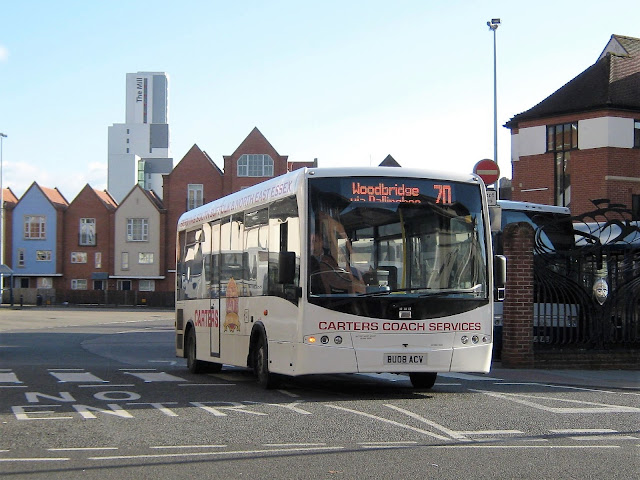 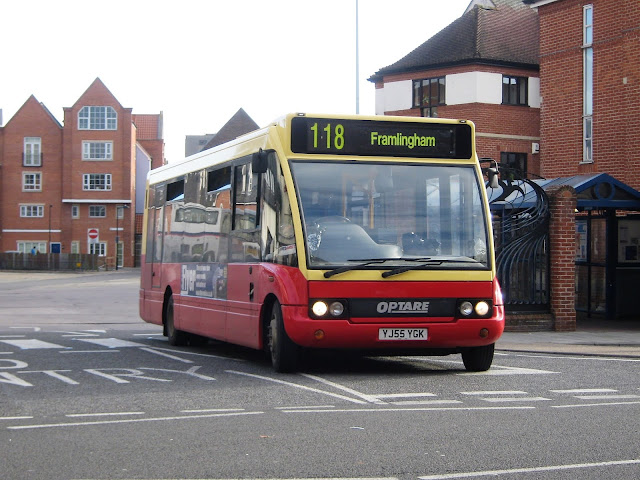 Also at the same location we note the departure of Far East Travel's Optare Solo YJ55 YGK on its way to Framlingham. New to Blenkinsop of West Carnforth in November 2005, it was also employed on Durham Park and Ride Services. The Solo later passed from Far East to Galloway European Coach Services and could still be seen in Ipswich