Another Role For Former Norfolk Coach

Although I had seen this earlier, LiamS reminded me to look again at a photo of a coach which I thought I had seen previously in a different guise. 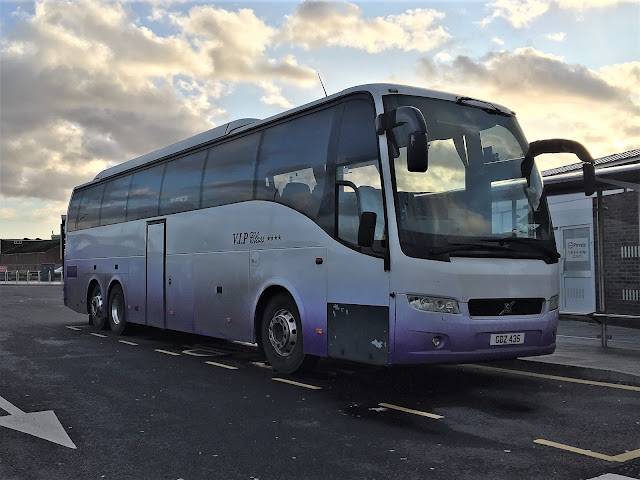 New to Whitelaw of Stonehouse in Scotland as 191 WHW in June 2008, this Volvo B12BT was acquired by Richards of Guist in October 2013 where it was later registered as GDZ 435. It continued with the operator until Richards closed following the voluntary winding up of the business in late 2018. GDX 435 was subsequently purchased by Completely Coach Travel retaining its Richards livery when I saw it on rail replacement at Great Yarmouth station in December 2019. 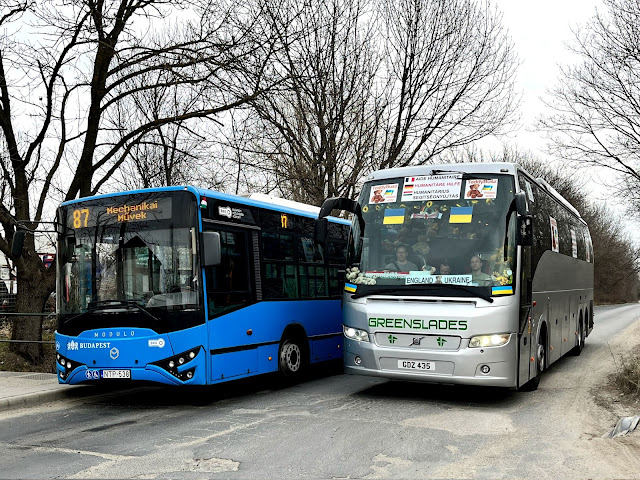 That's not the end of the story, however, as it is seeing further use with Greenslades Tours of Exeter where it has recently been employed on a trip to Zahony on the Hungarian border with Ukraine. It was packed full of toys and teddies for child refugees under the TeddyBusz initiative. More information on the initiative can be found on their Facebook page

My thanks to Davef1276 (@nscoaches on twitter) for the photo and if you would like to contribute towards fuel and other costs of keeping the project going (it was a 200km round trip every day!), the details for a BACS transfer is 40-34-39 and 41488724. This morning the coach began its long journey home.

Roy
Posted by eastnorfolkbus at 12:25