A quick run through the Great Yarmouth seafront area this morning and also a brief look in at First's Caister Road Depot to view any activity. 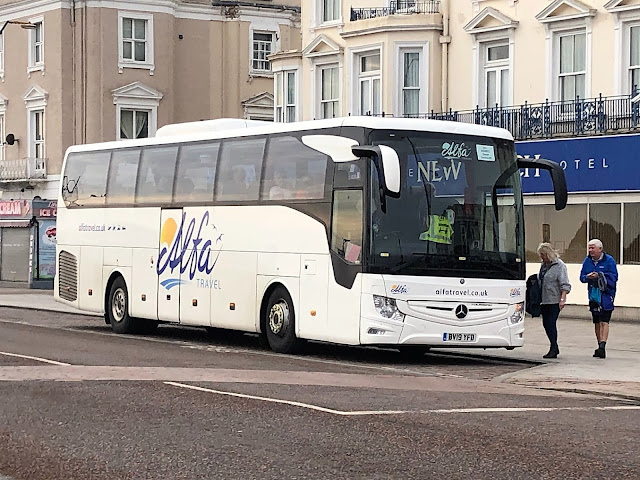 Surprisingly there were four long stay tourers on view, with three queuing to pick up guests at the New Beach Hotel on Marine Parade 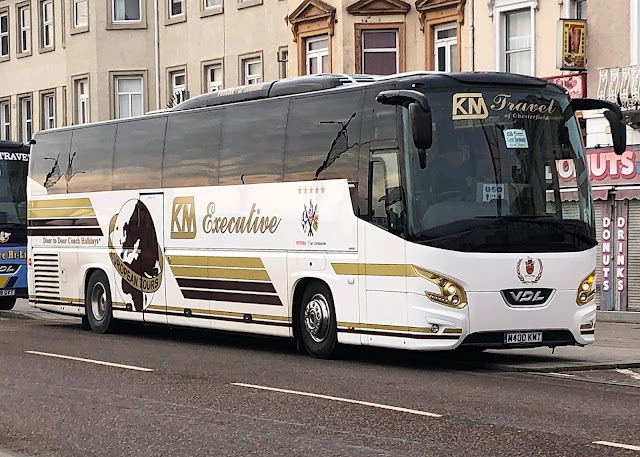 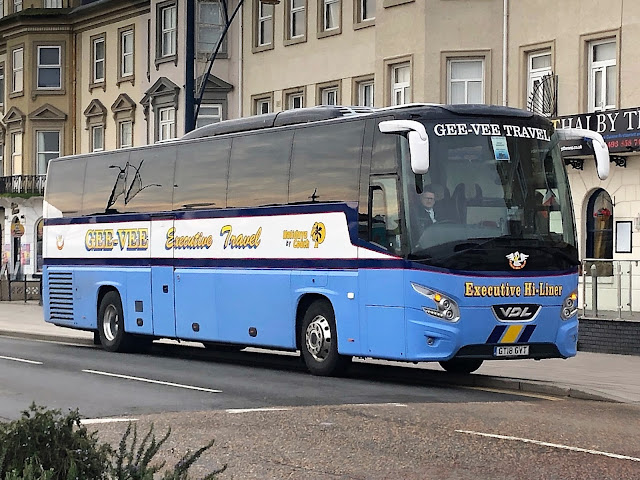 Bringing up the rear was GV18 GVT, another VDL Futura in Gee-Vee Travel's distinctive livery. 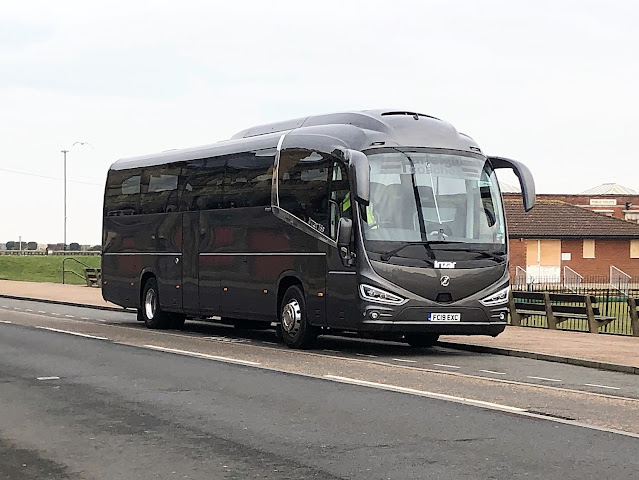 Nearby in the North Drive layby, beside the Arc Cinema, was smart looking Irizar i6 FC19 EXC from Farleigh Coaches of Rochester in Kent 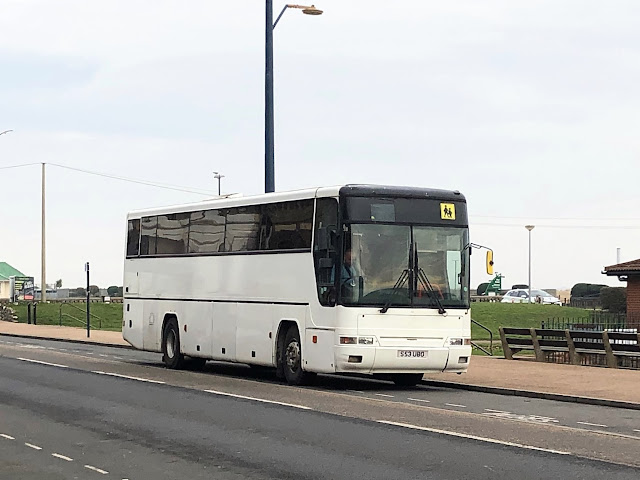 As I was leaving a white Plaxton Premiere bodied Volvo B10M turned the corner in the form of S53 UBO. A regular visitor to the town when previously with Our Bus, it is now operated by H Semmence of Wymondham. (Apparently on loan to Ambassador that day) 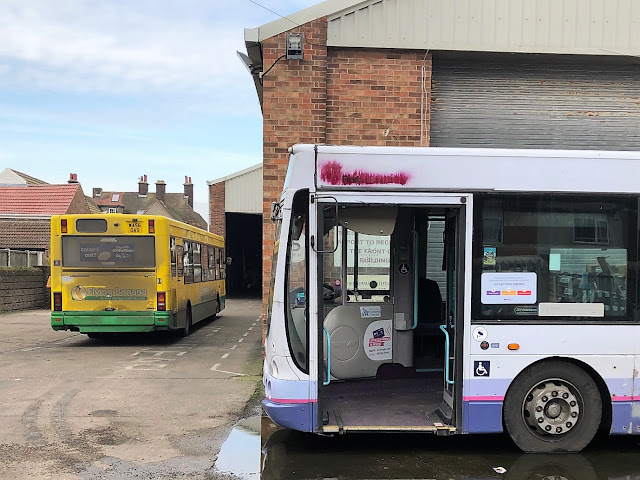 Meanwhile, in First Caister Road's rear yard, Flying Banana Dart 42943 WA56 OAS had been prepared for its final journey to the scrapyard. (but it wasn't collected that day, as expected, but on Tuesday 8th!) This leaves Volvo B7RLE 69031 SF55 UAZ as the sole occupant

Roy
Posted by eastnorfolkbus at 11:49