Following my previous posting on the transfer of three First Eastern Counties double deckers from Kings Lynn to Great Yarmouth, the remaining pair travelled to the seaside during Sunday (12th).

Caister Road wasted no time in getting at least two of them in service yesterday. 30889 (W344DWX) was on a Bernard Matthews contract just after lunch time (see photo), whilst another was being used on the seasonal service 3. 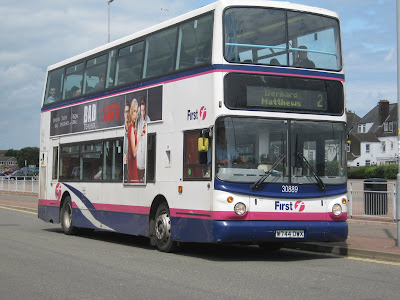 Two of the four former Ipswich B10BLEs were present at the front of the Caister Road depot yesterday afternoon - 60807 and 60813 are pictured below. 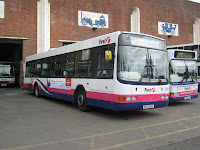 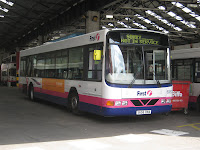 After I had photographed the Ipswich duo, I was quick enough to capture National Holidays NH05CDH passing along Caister Road, no doubt returning its passengers to their hotel following a days outing. 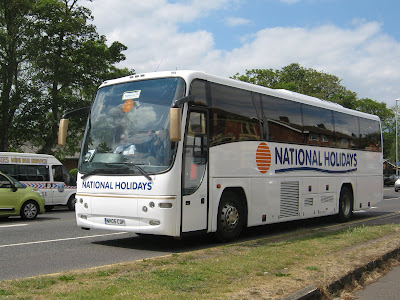 The day didn't end there though as I was surprised by Norwich's Trident 33150 (LR02LXJ) exiting Market Gates on the 8 to Caister. 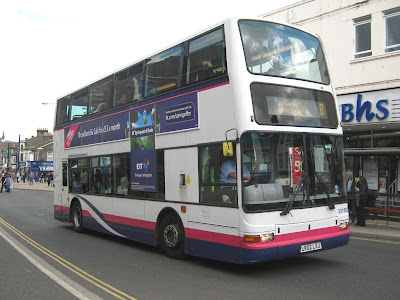 As for Beach Coach Station, there were only six vehicles present including Whippet's B10M J670LGA - that makes a change from regulars J689LGA and J669LGA!!
Posted by eastnorfolkbus at 09:44