The second hotel on our USA itinerary is located at Port Angeles, situated in Clallam County in Washington State

Port Angeles has a population of just under 20,000 and, public transport wise, is served by Clallam Transit. Although formed in July 1979 the transit company didn't begin operating until October in the following year. Supported by sales tax collection, it commenced with a fleet of 22 vehicles working ten routes in the County area. 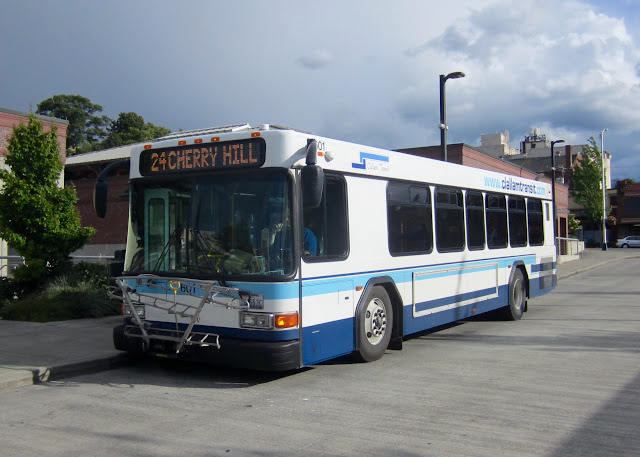 Today Clallam Transit serves a modern transit station in Port Angeles and currently runs twelve routes in the county with 24 buses on the active roster. Most of the vehicles in the fleet are Gillig low floor buses with those seen today of the 32 seater variety

Further details of Clallam Transit, including information on the routes operated can be viewed on their website


Roy
Posted by eastnorfolkbus at 05:32