Last Camera Outing Of The Year

Well the end of 2017 is nigh and i had one last photo session in the city this morning to finish off what has been a relatively quiet year for me with the camera due to other commitments. I decided to venture to Norwich armed with said camera and christmas vouchers to see what was around on a dull & chilly Saturday. 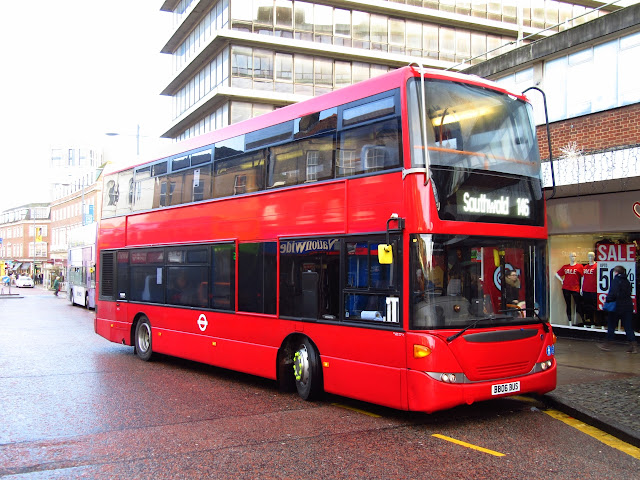 First up i was greeted by Borderbus ex London Scania BB06BUS (ex LX59CLV) pulling on to the stand in St Stephens to work the 146 to Southwold. 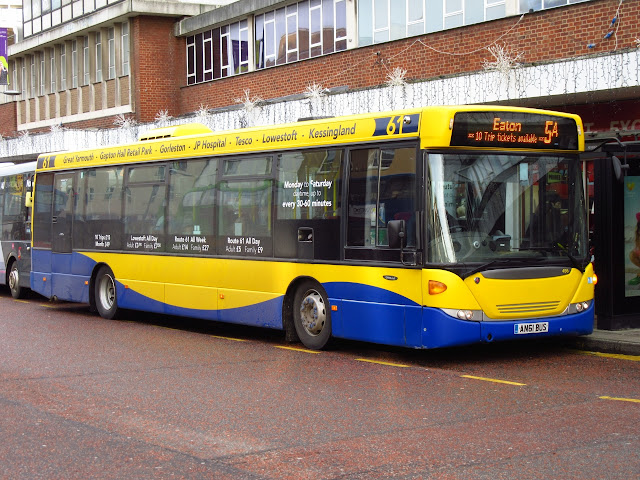 Next up is Konectbus (ex Anglian) Scania AN61BUS now minus fleetnames but still wearing its branding for the now defunct 61 service, seen in St Stephens working the 5A to Eaton, the stand in front had a 5 series branded Enviro 400 working the 37A! 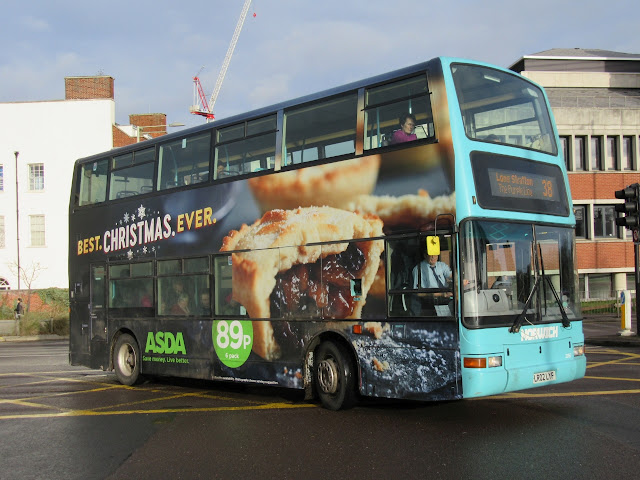 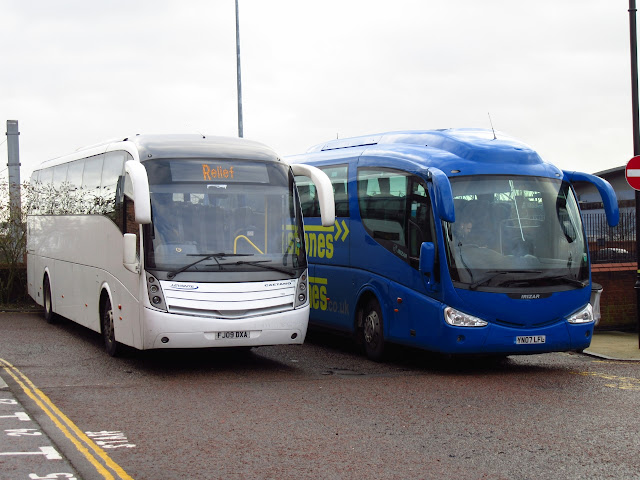 I wandered down to Norwich Station to see what was around Bus and Train wise, two coaches were noted on replacement standby in the shape of Ambassador Travel's former National Express Levante FJ09DXA and Freestones Irizar YN07LFL. 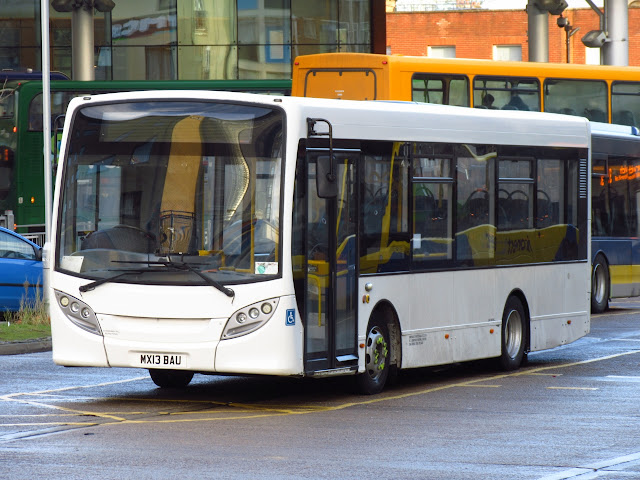 Finally after some shopping and coffee it was back to the Bus Station to hop on the X1 back to my car at Acle. Noted parked up was Enviro 200 MX13BAU which is operated by Simonds of Botesdale.

I would like to wish all our readers and contributors a safe and happy 2018, here's to another bumper year ahead for the blog, finally many thanks and best wishes to Roy for continuing to have me on board!

Grahame.
Posted by Norfolkbus at 15:12