Early this afternoon I had a last wander around Great Yarmouth's seafront area during 2017 to see what was about. 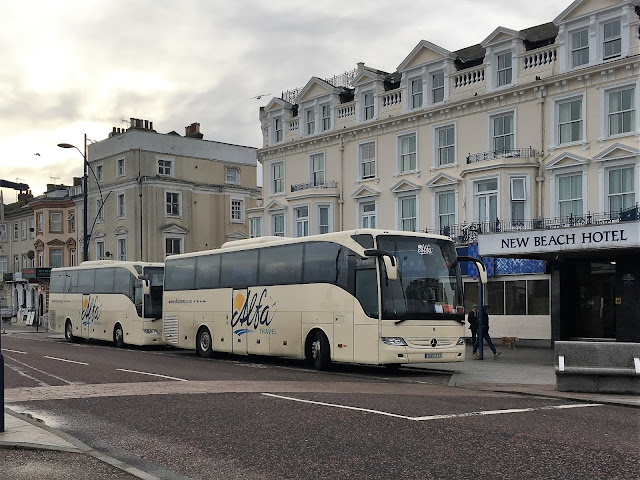 Six coaches were observed with half of them coming from the Chorley-based Alfa Travel fleet. Two were parked outside the New Beach Hotel on Marine Parade in the form of 77 (BU13ZTX) and 90 (BX15OED). The third, 68 (BN12CLY), was located next to the nearby Hollywood Cinema. All three Mercedes Benz Tourismos had previously escaped the attentions of my camera! 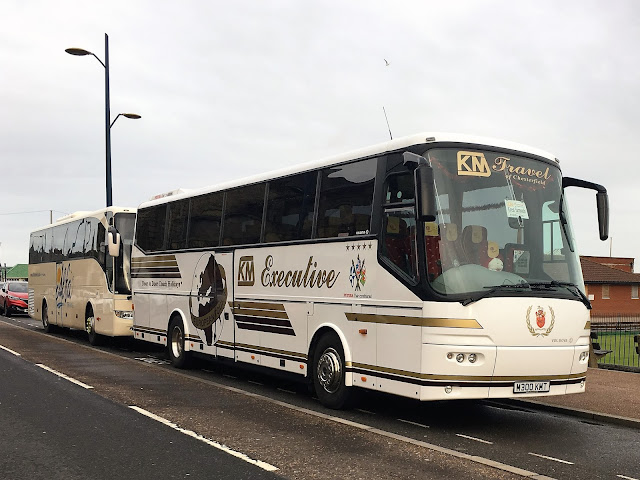 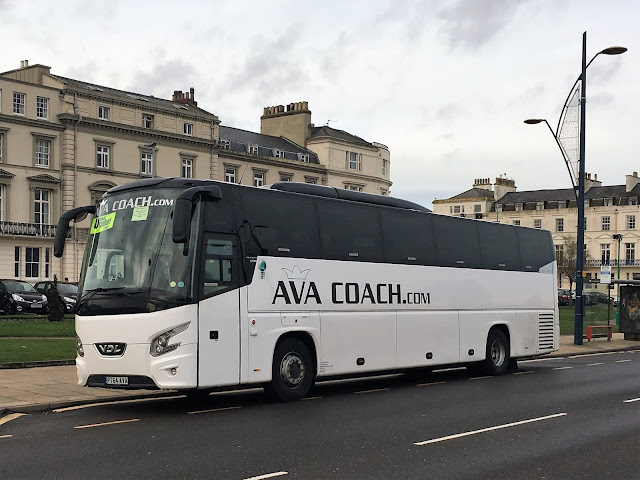 Two coaches, chartered by David Urquhart Travel, were also in town; AVA Coach.Com's VDL PT64AVA was located opposite the SeaLife Centre close to the Hotel Victoria where its passengers were based. The second was AAA Coaches' VDL/ Futura HD JR67AAA, recently new to the Edinburgh operator as SF67OTC. It was seen eastbound on St Nicholas Road and unfortunately no photo as I was driving at the time!

With the year nearing its end all that remains is to wish everyone all the very best for 2018.

Roy
Posted by eastnorfolkbus at 22:07