Following on from Roy's post, Mark Doggett has been in touch to say he found a former Ambassador Travel Volvo now working from a new home. KIG1856 was new to Ambassador for National Express duties as FN52HRG with fleet number 196. 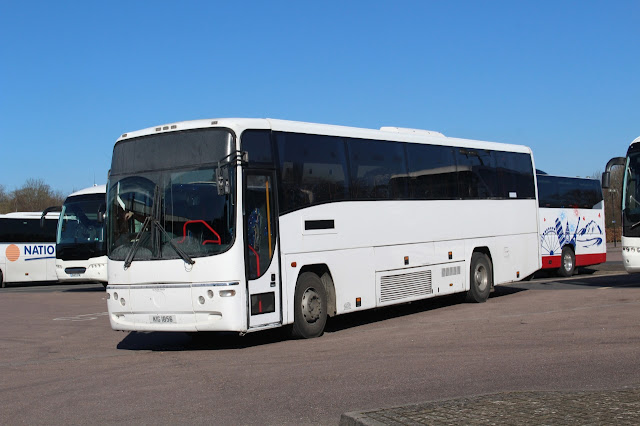 Pictured in Stratford Upon Avon back in February, KIG1856 is now operated by ALS Travel of Lake on the Isle Of Wight. I also understand that sister, former Ambassador 197 KIG1857 (FN52FRM) is also owned by ALS.

Thanks to Mark for the photograph.

Grahame.
Posted by Norfolkbus at 10:01