As we edge closer to the weekend, its time for our Friday Flashback and this week we publish part three of our lookback at July 2009. 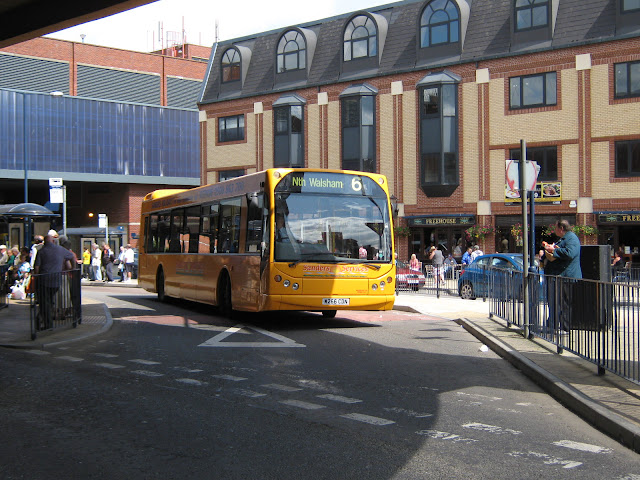 We begin at Market Gates in Great Yarmouth with Sanders Coaches W266 CDN leaving the terminus on the 25th on its way to North Walsham. The East Lancs bodied DAF SB220 was acquired from National Car Parks of Marble Arch in London in May 2008. 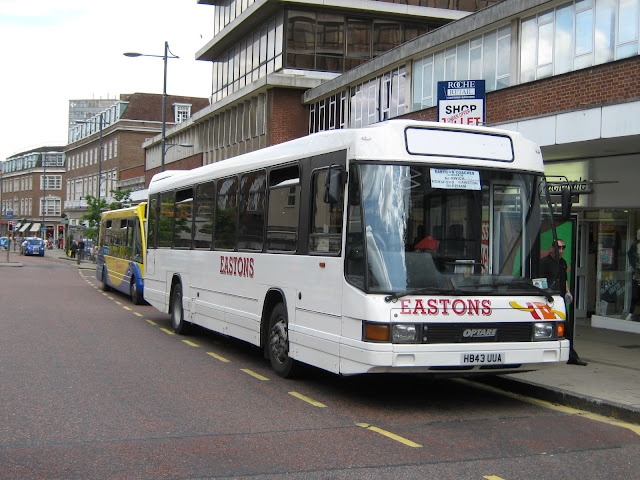 Our second photo shows another SB220 this time operated by Eastons Coaches in Norwich with the 25 service to Reepham on the 28th. H843 UUA, an Optare Delta bodied coach, was new in November 1990 to KF Cars of Gatwick 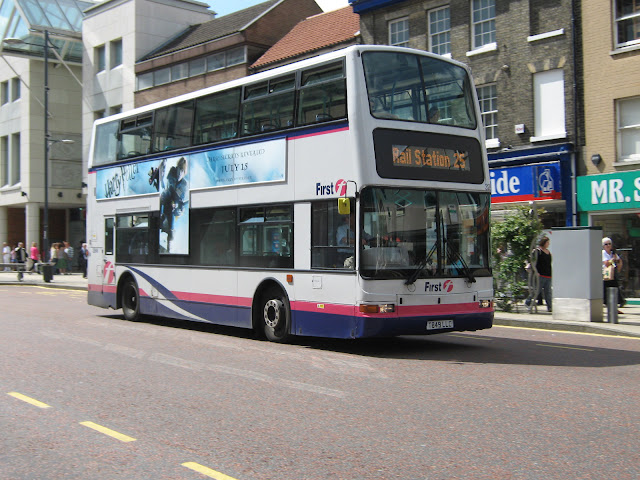 On the same day First Eastern Counties 32849 T849 LLC is on St Stephens Street in Norwich with the 25 service to the rail station. It began life with First London before being converted to single door and gaining Barbie livery passing to 'Counties' in early 2009. 32849 worked in the fine city before moving over to First Essex and then down South to Weymouth & Southampton. It also had a stint in Great Yarmouth in late 2017 providing additional support for Bernard Matthews contract work. It was subsequently acquired by Black Cat Travel of Lincoln. 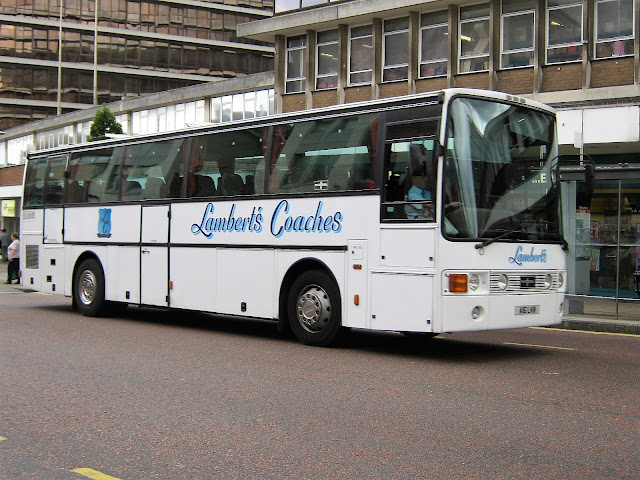 Our final photo is of Lamberts Coaches' A16 LKR. The Van Hool Alizee bodied DAF SB3000 is also observed in Norwich's St Stephens Street on the same day.
Roy
Posted by eastnorfolkbus at 09:16