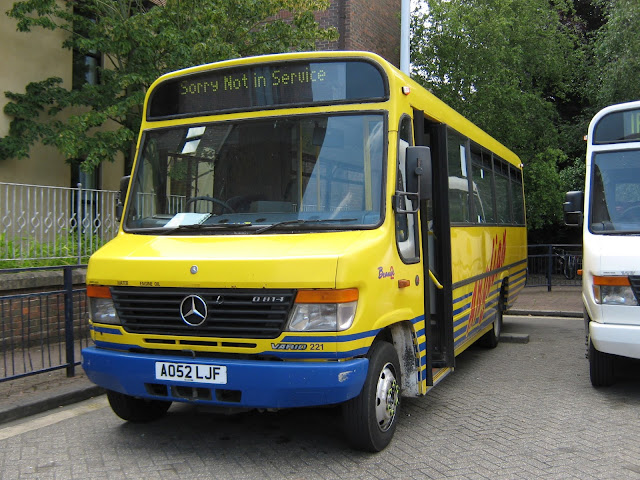 Returning to our visit to Ipswich on 4th July, also observed in the 'independents' corner' of the Old Cattle Market Bus Station was this Plaxton Beaver bodied Mercedes Benz Vario O814D from Anglianbus. AO52 LJF was 221 in the fleet as was new to them in September 1992. 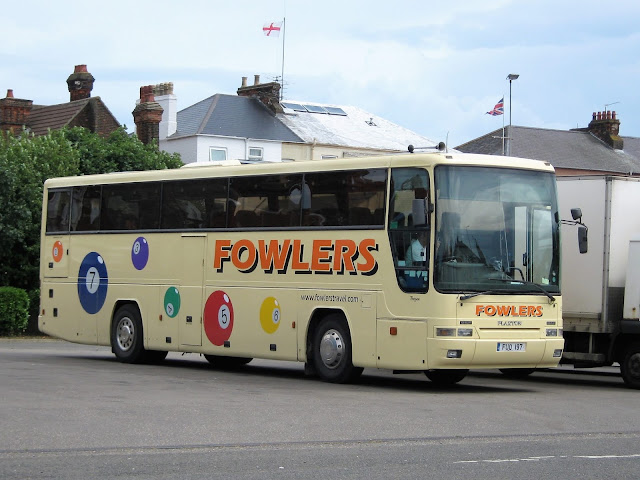 Fowlers of Holbeach DAF SB3000/Plaxton FUO197 was present at Great Yarmouth's Beach Coach Station on the 7th of the month. 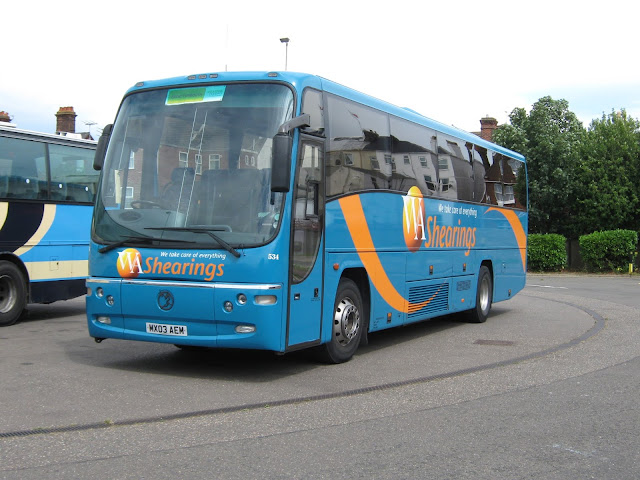 On the same day Shearings MX03 AEM, a Plaxton Panther bodied Volvo B12M new in March 2003, was also seen at the Coach Station. At that time it still sported the WA logo. 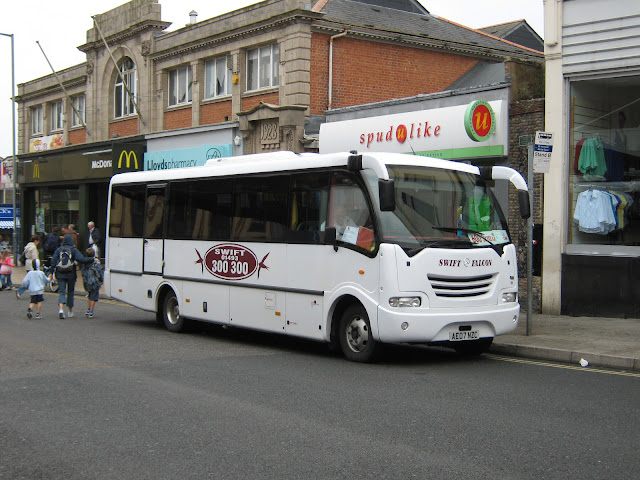 The final picture is of a member of the local Swift Taxis fleet in the town centre on the 21st. It was AE07 NZC a Eurocoach (Bunbeg) bodied Mercedes Benz Vario O815DT. New to the local independent in July 2007, it ran for short while with a MW51 WFT plate. Swift surrendered its licence on 6th February 2017 ending a sixteen year operating period in the area.
Roy
Posted by eastnorfolkbus at 12:17