First Lowestoft's 42938 WX05 SVD has been taken out of service. The First M Ticket App liveried Dennis Dart SLF moved to First Eastern Counties from First Somerset & Avon in January 2016. It was new to First Bristol in March 2005 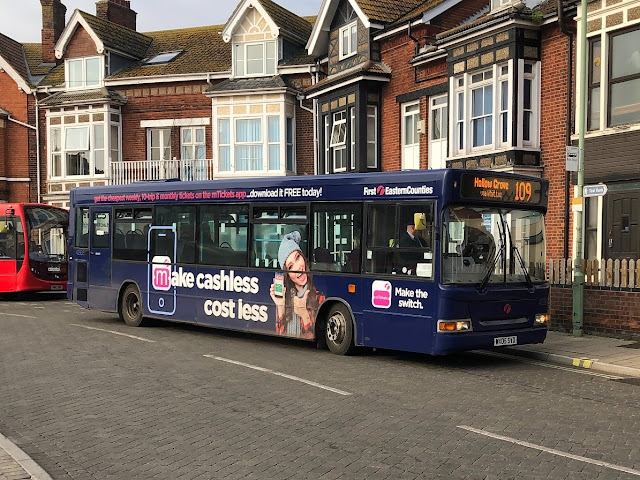 It was photographed in Gordon Road in March this year awaiting its next run to Hollow Grove
Roy
Posted by eastnorfolkbus at 13:21