Following the recent reports of new arrivals at First Great Yarmouth, this morning there was a final departure in the form of Wright Eclipse Gemini 32345 LK53 LZF. 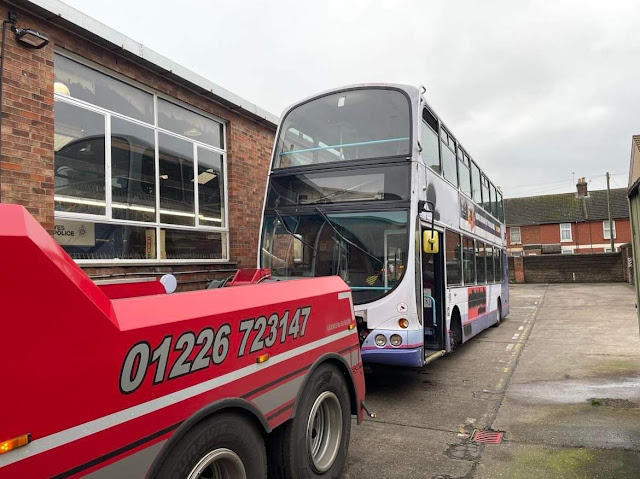 It joined the local fleet early this year having been new to First Centrewest (London) and later moving down to the South West. It was withdrawn from service in early October and now its final destination is to Trevor Wigley of Barnsley for scrapping.

Finally those of you familiar with the Bustimes website will have noticed the reappearance of fleet number 32210. This is not the resurrection of Plaxton President LT52 WTR but the transfer of its ticket machine on to Volvo B9 36170 BD11 CFP.

Many thanks to First for the information and to Will Drake for the photo.

Roy
Posted by eastnorfolkbus at 12:17