A former Ipswich based Enviro 200 surprisingly popped up back in the Suffolk town this morning covering for another of the type in the current Ipswich fleet. 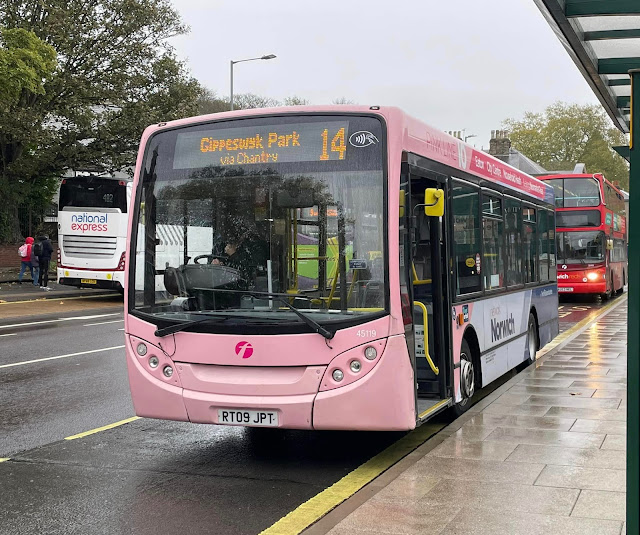 45119 RT09JPT was previously based at Norwich for use on Pink line services in the city, it and sister 44928 EU08FHB are said to be heading for First Cymru shortly according to reports. 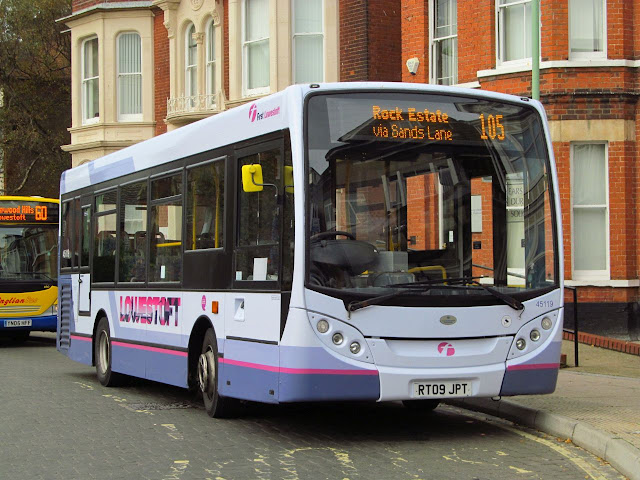 45119 began life with FEC at Lowestoft after being purchased via Ensign, it was new to JP Travel. Seen above in 2013 in Gordon Road, Lowestoft.

Many Thanks to Bryan Dickson for the Ipswich photo.