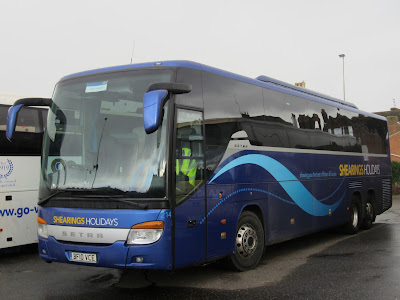 Early yesterday afternoon just four coaches were noted at Beach Coach Station; half of them were from the Shearings fleet