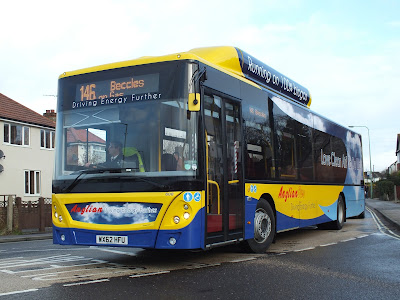 As expected, I received a deluge of pictures showing AnglianBus' new MAN/EcoCity vehicles in service on the new 146 route between Lowestoft and Norwich yesterday

The weather was not that conducive to good photos early on, but later in the morning the sun appeared for a brief moment

Grahame Bessey sent a few pictures and the 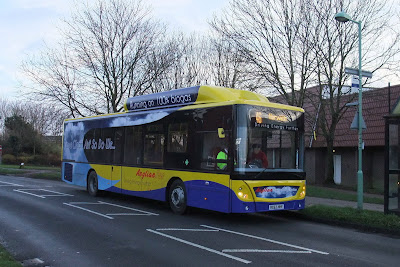 best one is that of 606 WX62HFU travelling along Carlton Road, Lowestoft during one of those sunny intervals

Not to be outdone, Neil Chilvers sent this offering of 601 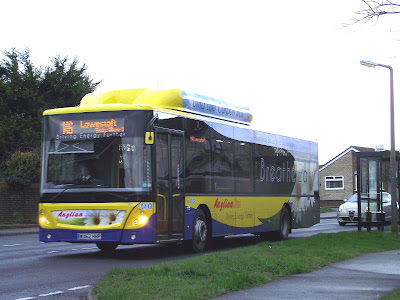 For the record, the fleet numbers and registrations of the first six currently in service are as follows:-

Finally my thanks to Grahame, Syd and Neil for their photos and all are copyrighted to their respective owner
Posted by eastnorfolkbus at 10:20