The Many Colours Of Ipswich Buses

Following Grahame Bessey's photos illustrating the variations in liveries at Norwich Bus Station yesterday, I have received an email from Jim Long saying that Ipswich Buses also have many of their vehicles with different colour schemes too

The next photo shows a Scania CN230UD with an Optare
Olympus body. Number 68 YJ60KGX is pictured on Norwich Road earlier this month

The penultimate photo is of a Plaxton President bodied Dennis Trident. Red and blue 22 LR02BBJ is seen at Ipswich Buses Constantine Road depot in November last year, shortly after arrival

Jim tells me that all the buses shown in these photos are still in their respective liveries today.

Many thanks for the information and photos Jim. 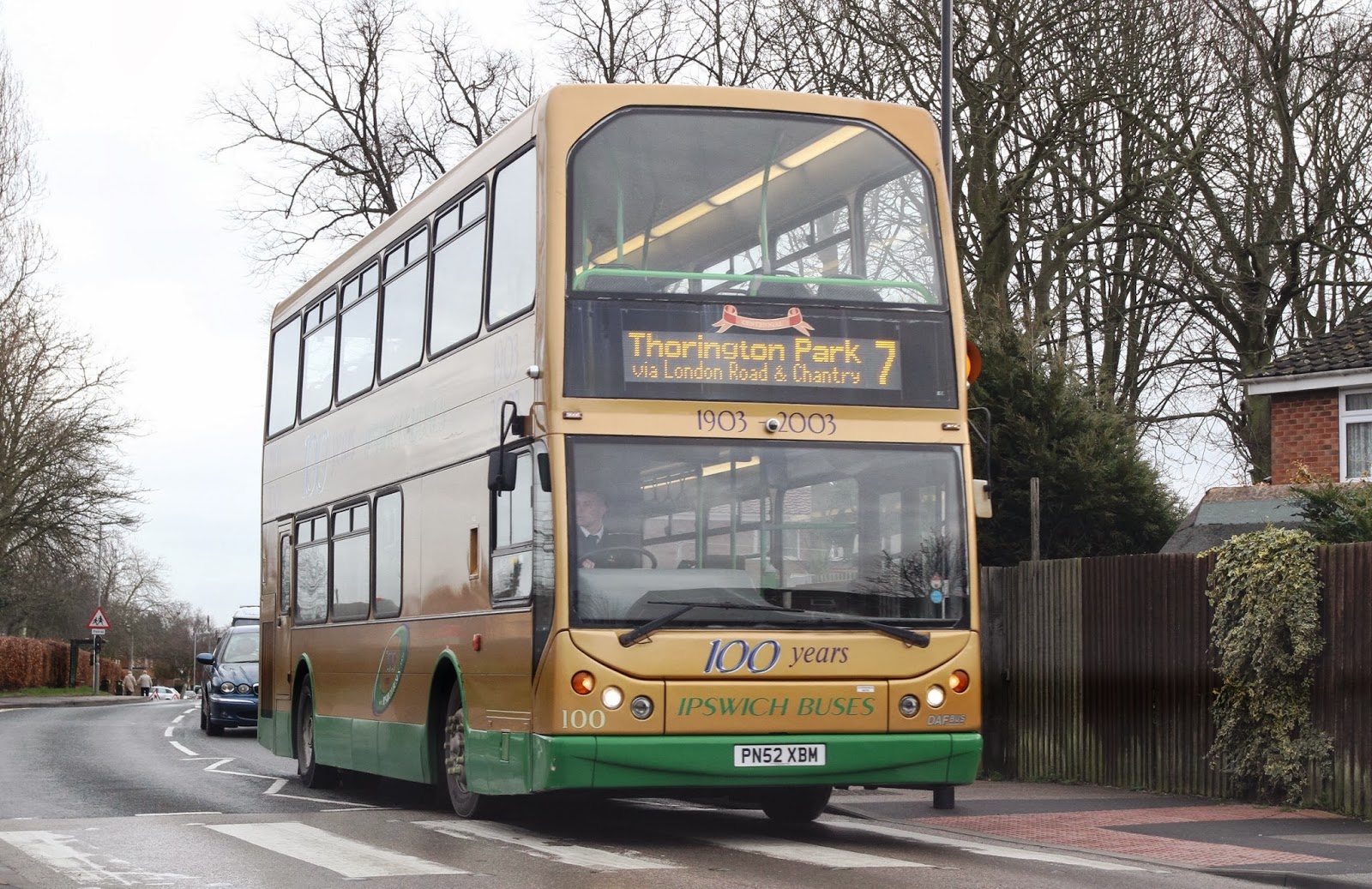 All five photos are copyrighted to Jim Long