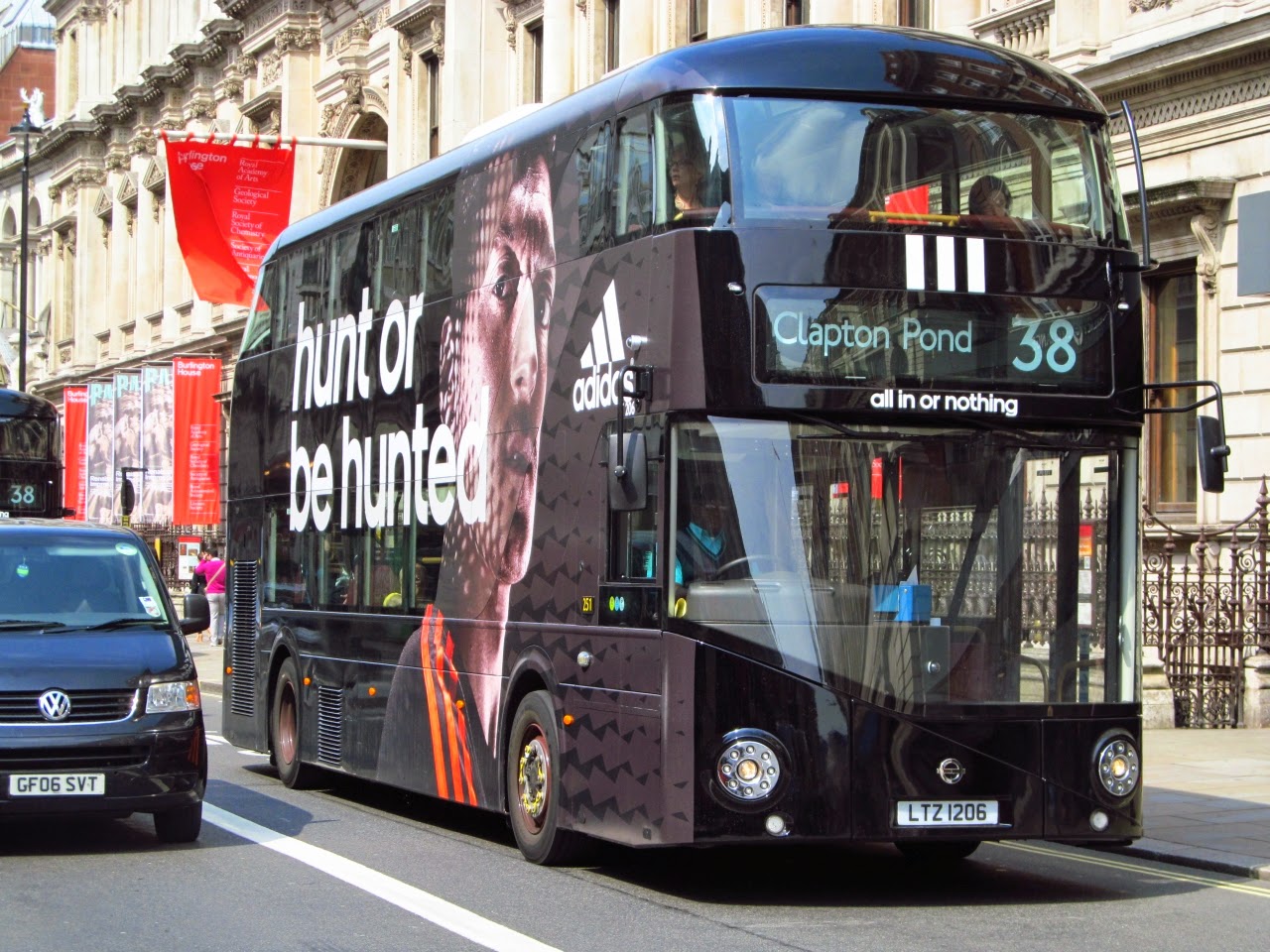 A certain boy band were playing at Wembley Stadium this weekend and having an 8 year old daughter mad about them meant a trip to London was booked to see them in action.

To be honest the London Bus scene has never really been one I have followed but this was my first opportunity to see the new bus for London on the streets.

A batch have been 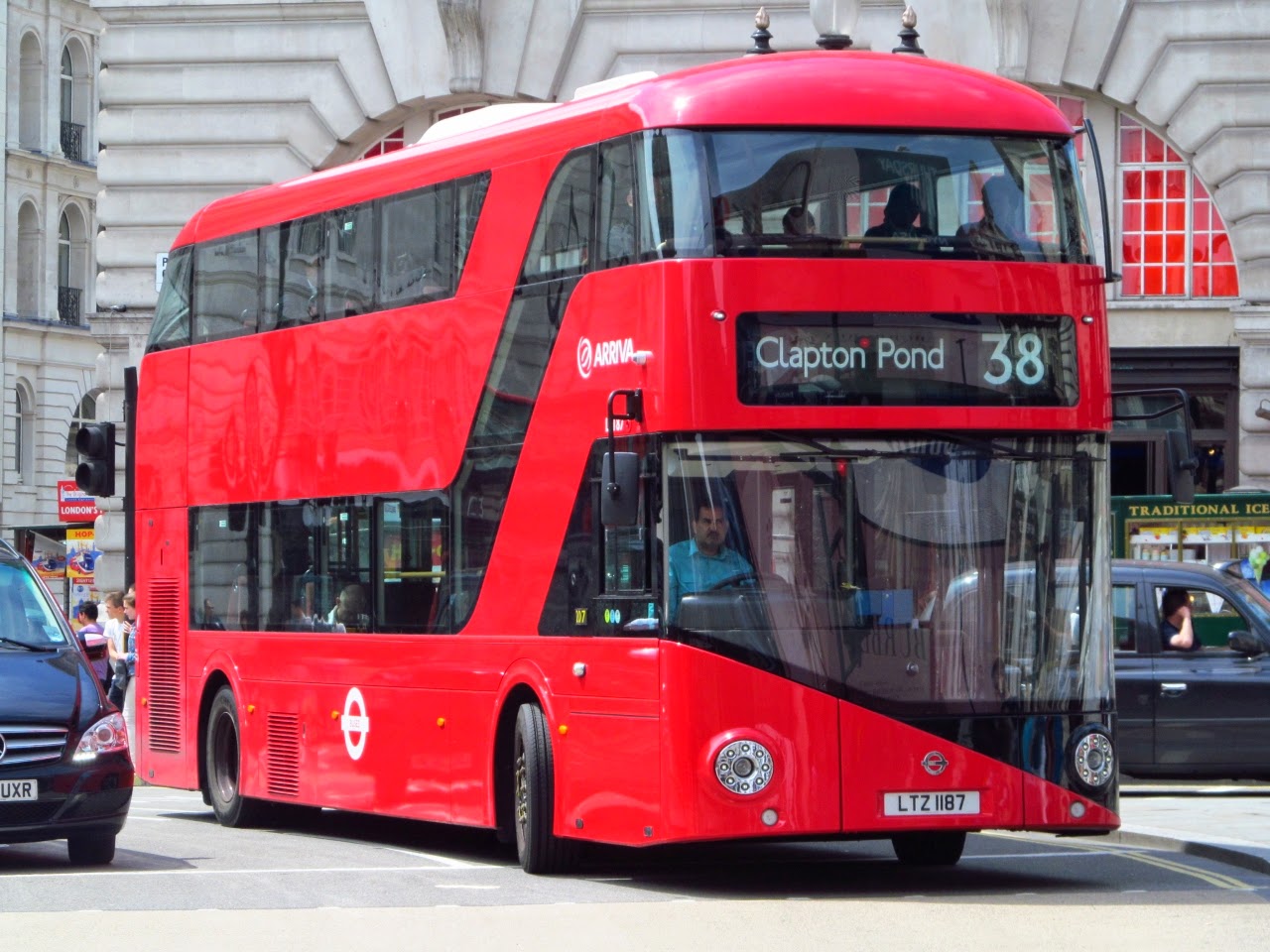 given all over Black adverts for Adidas to coincide with a certain football tournament about to start in Brazil.

Grahame.
Posted by Norfolkbus at 22:15