Saturday meant a day out to Bury St Edmunds and I managed some time to get some photos. The first was achieved on the way to the Arc Shopping Centre where I snapped former Nottingham City Transport Scania Omnicity YN54NXK now in Mulleys colours 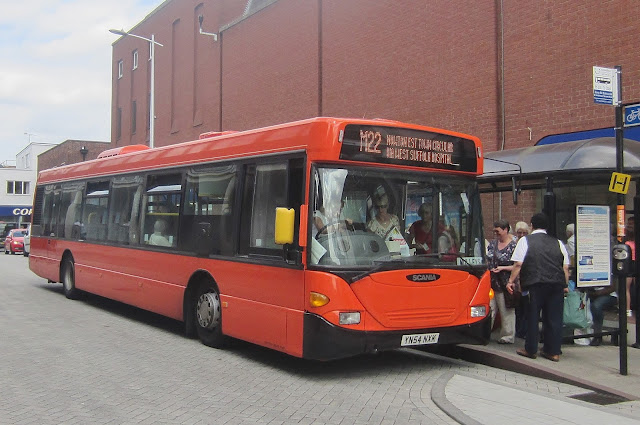 After enduring (sorry enjoying!) some shopping with the better half, I managed to escape to the town's bus station where I observed Stagecoach Alexander ALX300 bodied MAN 22329 AE55RZH heading of to Cambridge on the 11. The only Stagecoach bus observed was ADL Trident 18344 AE55DKL 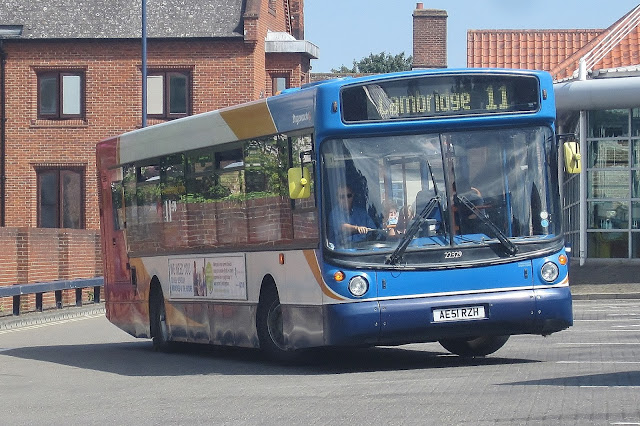 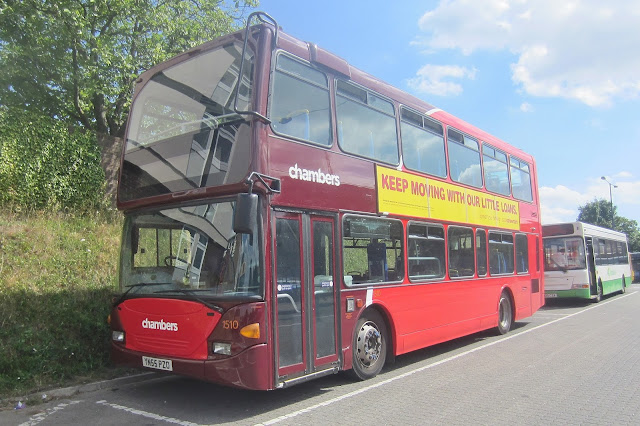 Chambers were also hiring Hedingham's EY57FZE, an Alexander Dennis Enviro 200 new to the company in September 2007 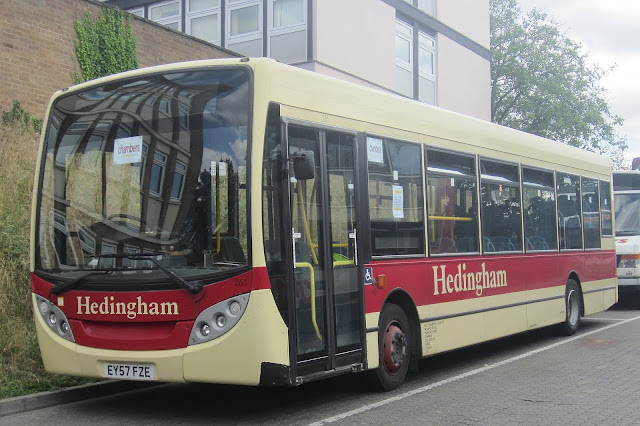 Coach Services' deckers also put in an appearance - former Stagecoach London Scania N230UD Omnicity LX59CPK and Wrightbus bodied Volvo B9TL CS63BUS. Refreshing to see the driver waiting for me to get into position for the photo! 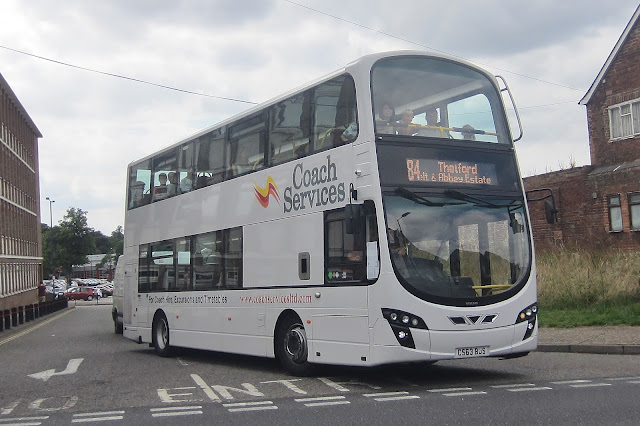 The final photo is of Ambassador Travel's Scania K340/ Caetanao Levante FJ09DXC calling into the bus station prior to continuing its journey to Norwich, Great Yarmouth and Lowestoft on the 491 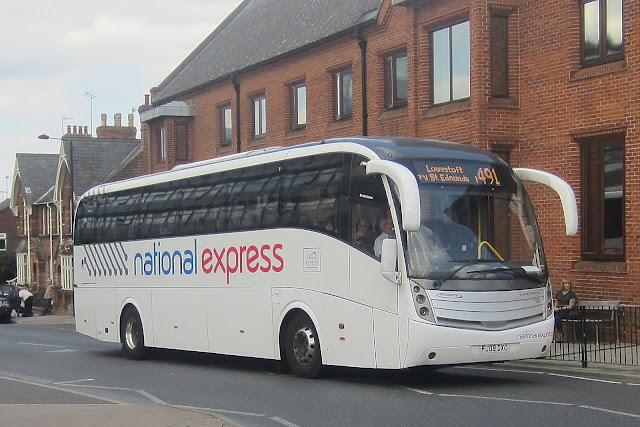 Roy
Posted by eastnorfolkbus at 08:26