This week's Throw Back Thursday features L138XDS, then owned by now defunct independent operator Amza Travel which was based in Blofield near Norwich 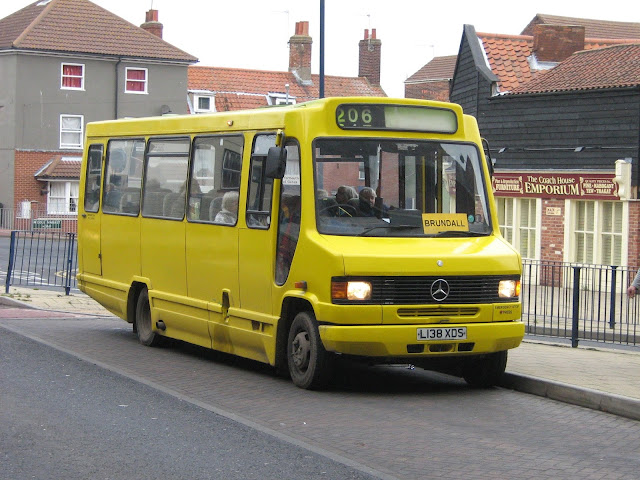 The Mercedes Benz 709D was new to Pathfinder of Newark in February 1994. It had a dual purpose Dormobile 29 seater body. L138XDS later saw service in Lancashire with Pheonix North West and could often be found in another seaside resort - Blackpool

The picture was taken in Market Gates in November 2006 prior to working the 206 service to Brundall. The observant among you will note that the photo shows the northern end of the bus station prior to the extension of the shopping centre

Roy
Posted by eastnorfolkbus at 09:10