Another regular contributor has contacted me regarding changes at Norfolk operator Spratt's of Wreningham. Kevan Portas informs me that the business is currently in the process of updating its fleet with some vehicles being sold 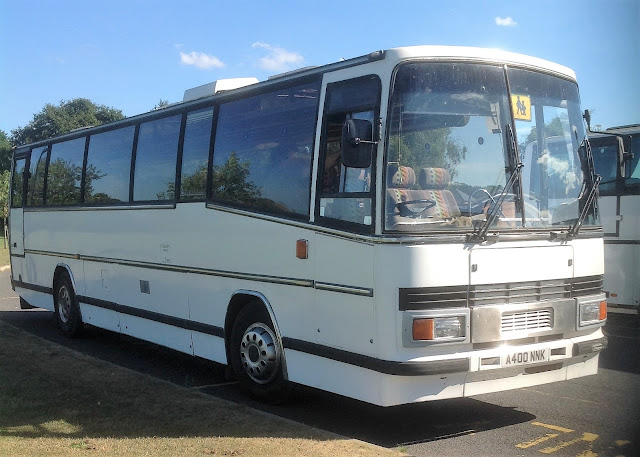 To tide Spratt's over until replacements arrive, they have hired this Bedford YNT from one of their own drivers Simon More who is based at Rollesby. Simon is using the vehicle himself on route 7 in and out of Stalham's High and Middle Schools.

A400NNK may be familiar to some of the locals as it was originally owned by Kenninghall based Turner and Butcher, which ceased trading after the brothers took retirement early last year. New to Trincia of London WC2 in October 1983, it more recently saw use with Norfolk Coachways

Roy
Posted by eastnorfolkbus at 10:01