A half an hour in the town centre early this morning with a few errands to attend to: so I thought I would also seek out which decker Borderbus were using on the first 580 run of the day, the 08:15 from Bungay 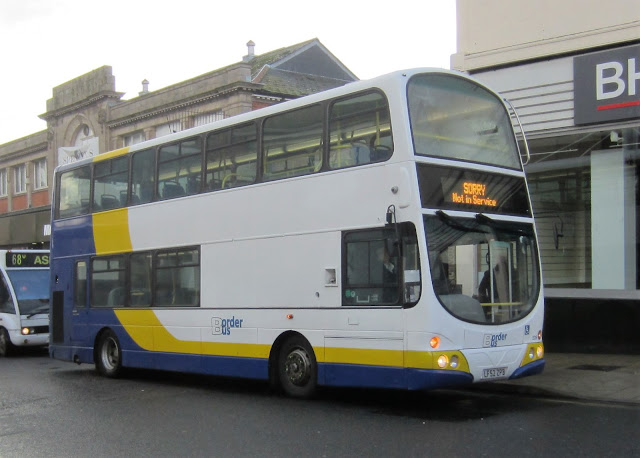 It arrived with Wright Gemini bodied Volvo B7TL LF52ZPB in charge and after disappearing for 15 minutes was back again to work the 09:35 return journey to Bungay 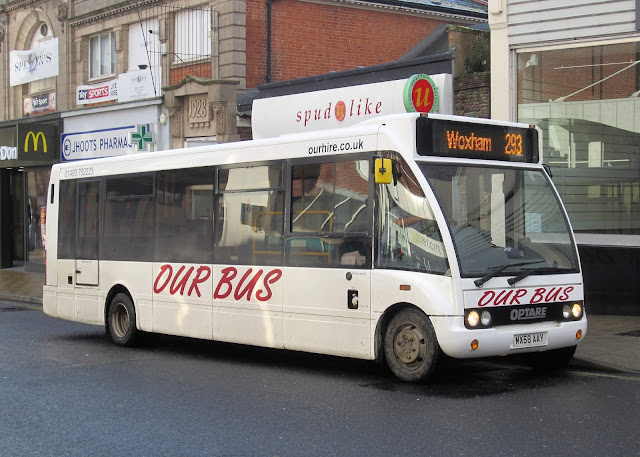 Previously, Our Bus Optare Solo MX58AAY arrived off a schools duty to work the Mondays only 293 route to Wroxham. The 27 seater was new to A1A Travel of Birkenhead in September 2008. It passed to M&H Coaches of Trefant in June 2011 before being acquired by Our Bus.

Roy
Posted by eastnorfolkbus at 11:36