A recent post on Facebook by George Holland has revealed that a certain member of Yarmouth's Transport history is still going strong in Asia and still wearing a certain "questionable" livery from its time in Norfolk. Former London Transport RML SMK717F was transferred to First Eastern Counties in 2006 along with two others, JJD480D & NML623E. All three were repainted into special liveries showing past operators in the area. SMK717F was treated to a suspect version of Great Yarmouth Blue & Cream colours at Roundtree Way Depot in Norwich.
All three saw service on FEC's Coastmaster 5 service linking Yarmouth with Cromer & Sheringham in 2006 and working the summer 3 service between the town and Hemsby after that. SMK717F was withdrawn after the 2011 summer season and i believe was then purchased by a museum in Glasgow initially before ending up in rather an unusual location.

This is where the story continues today and safe to say SMK is alive and well and still carrying passengers on the other side of the world in Bangkok, Thailand. George has kindly allowed us to share some of his photos of the Routemaster whilst in Bangkok last week. 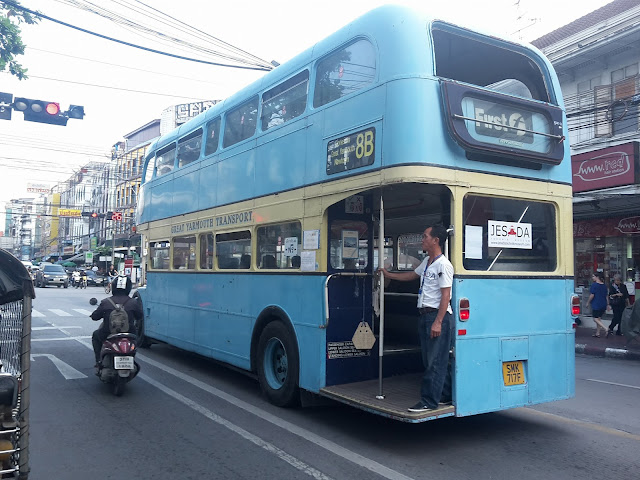 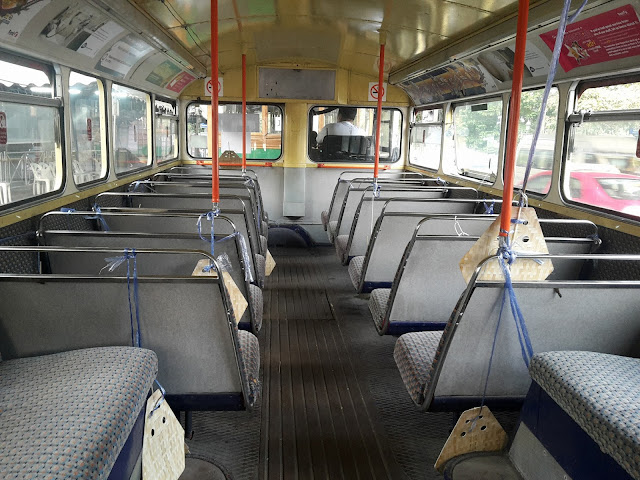 It now lives at the Jetsada Museum in Nakon Pathom, it was being used to ferry people to the Royal Palace in Bangkok due to the passing of the King of Thailand, the photo above shows the wooden paddles tied to the seats to act as fans for passengers, no aircon on a Routemaster!

Many Thanks to George for allowing us to use the photographs and to regular contributor Des Speed for his also.

Grahame.
Posted by Norfolkbus at 15:21