Not much to report recently, but I have lately seen Reynolds Coaches oldest coach providing regular valuable schools' services despite its age 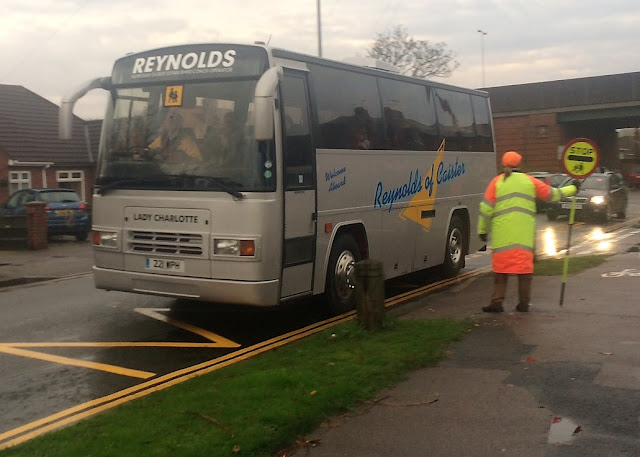 This afternoon 221WPH was performing one of its regular school runs transporting schoolchildren from the Phoenix Swimming Pool in Bradwell to Wroughton Middle School in Gorleston. The 35 seater Plaxton bodied Dennis Javelin was new to Woodward of Glossop in June 1989 as F740MVR. Acquired by Reynolds in early 2008, it was susequently reregistered 221WPH and named Lady Charlotte

Roy
Posted by eastnorfolkbus at 19:20