Saturday In the City

Yesterday a pleasant sunny November day welcomed us in Norwich for some shopping and some time observing bus activity. 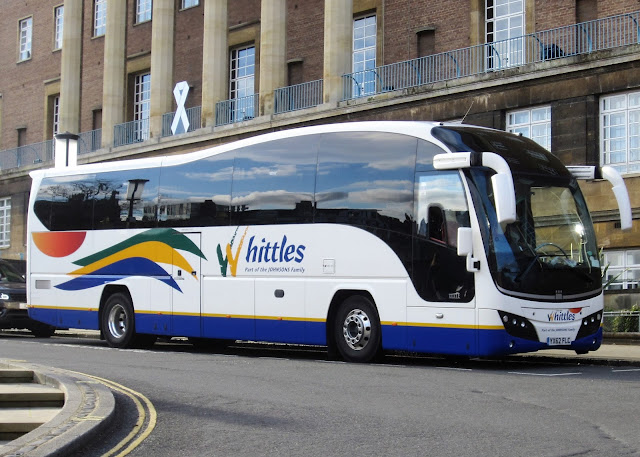 My first subject was seen at the top of the market, outside City Hall, in the form of a Whittles of Kidderminster Volvo B9R/Plaxton Elite YX62FLC. It appeared to be based in Great Yarmouth and was providing an outing to the city 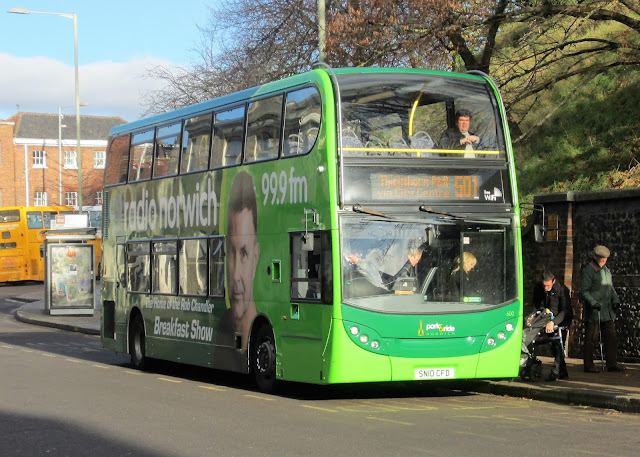 After lunch, and with the better half shopping in Primani and elsewhere, I made my way to Castle Meadow for some photos and I immediately stumbled across Konectbus 600 (SN10CFD) on a Thickthorn Park & Ride service advertising the Radio Norwich Breakfast Show. With rumours circulating that the present incumbent may be on the move, this bus could be a candidate for an early relivery/repaint I would have thought! 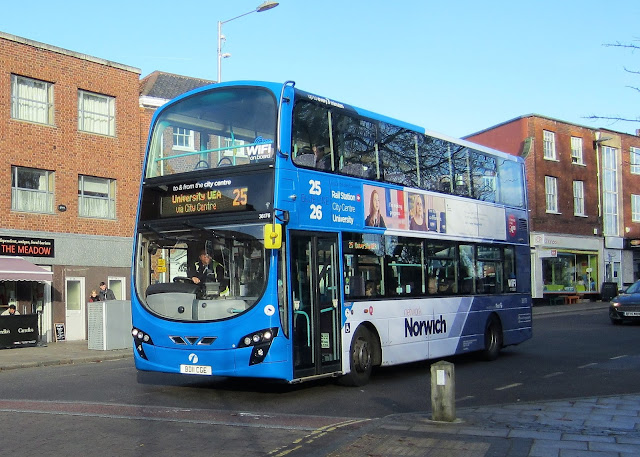 Looking good in the sunshine were the many members of the First Norwich Blue Line fleet in their new liveries and latest branding with 36176 (BD11CDG), above, looking the part 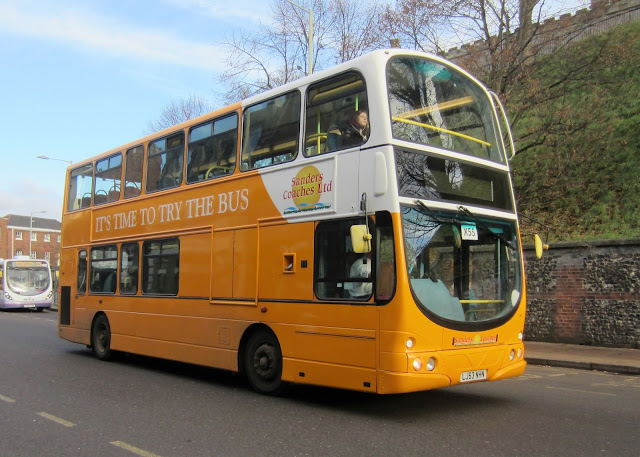 Following closely behind was Sanders Coaches LJ53NHN, one of three ex-London VDL DB250LF Wright Pulsar-Geminis acquired by the North Norfolk independent late last year. From the presence of the X55 sticker in the window, I assume it is still awaiting its destination equipment. 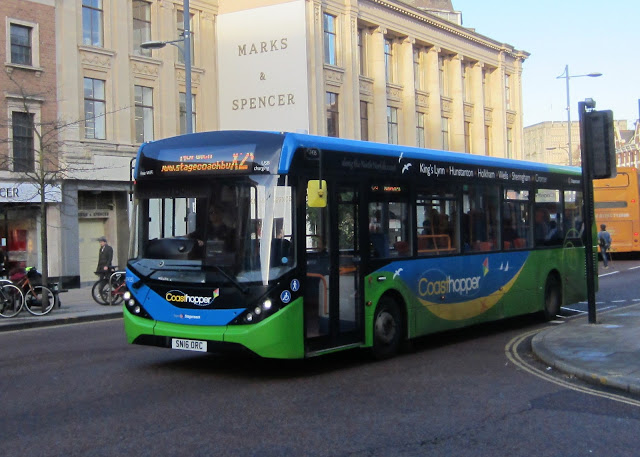 Next up is Stagecoach East Coasthopper liveried Alexander Dennis Enviro200MMC 37435 (SN16ORC) in St Stephens Street with the X29 from Fakenham - incidently appearing nowhere near the coast! Similar branded 37438 (SN16ORH) was also seen on the X29 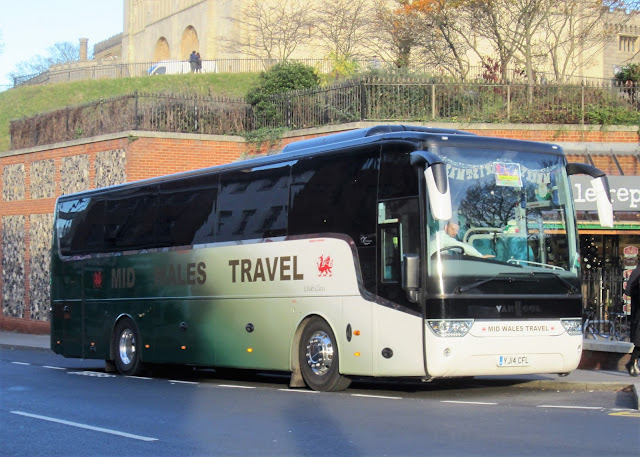 Also noted was a visitor from 'another country', presumably on tour, was Mid Wales Travel's YJ14CFL. The Van Hool TX15 Alicron still retains the base livery of the erstwhile John Fishwick & Sons of Leyland fleet 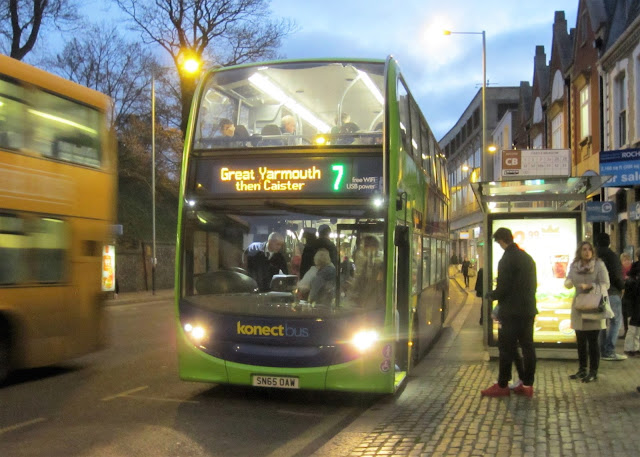 Finally, indulging in some night time photography I got this photo of Konectbus Alexander Dennis Enviro400 637 (SN65OAW) taking on passengers at Castle Meadow. It was working the 17:10 Norwich Bus Station to Caister via Great Yarmouth

Roy
Posted by eastnorfolkbus at 11:13