As you may have seen elsewhere, First Eastern Counties will be trialling a number of new double decker demonstrators over the coming months to seek replacements for their current Enviro400 working its prestigious X1 route. 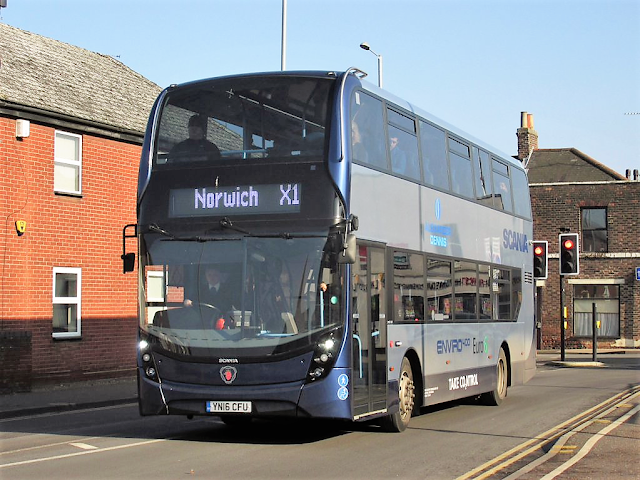 The first of the demonstrators arrived at Kings Lynn in late January in the form of a Scania Enviro400MMC registered as YN16CFU. After a short period where drivers were playing with their new toy and getting use to operating it, the Scania enjoyed its first day in public service today on the route between Peterborough and Norwich. 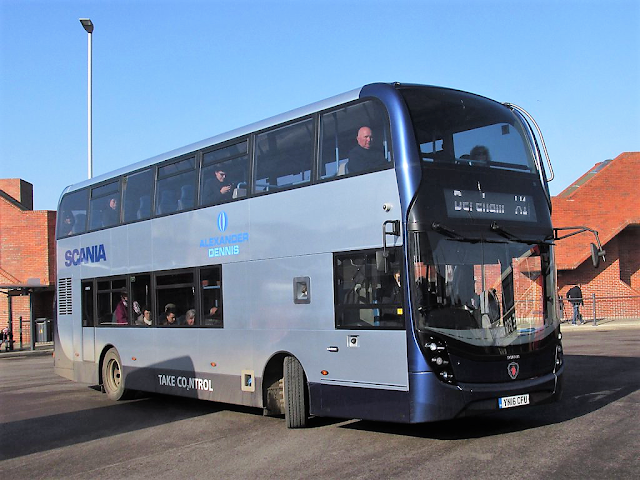 Our roving reporter Cameron Robinson was on hand in Kings Lynn earlier today to record its movements and I would like to thank him for the use of his photos.

Whilst the demonstrator is currently being used on the Peterborough - Kings Lynn - Norwich section of the X1, I understand that there may be the possibility that it may turn up on the eastern part of the route at sometime

Roy
Posted by eastnorfolkbus at 19:01