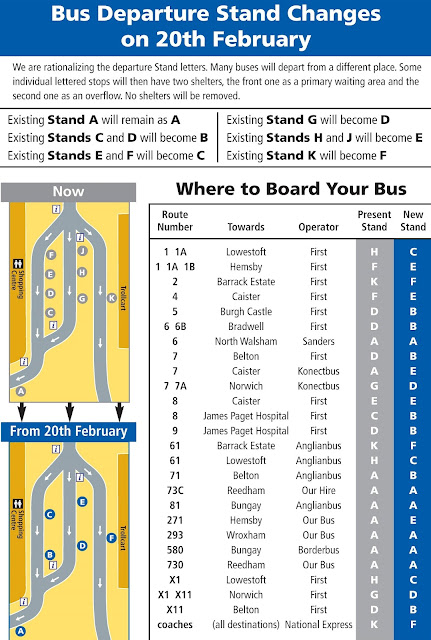 From Monday next, 20th February, there will be stand changes at Market Gates Bus Station.

The alterations, which are being made less than a year after the previous changes, will see a rationalisation of the bus stand lettering scheme.

The scheme sees some stands with two shelters with none being removed as part the reorganisation.

So don't forget to check the departure points as some buses will leave from a different stand from Monday.

This can be easily be checked by referring to the accompanying diagram.

Roy
Posted by eastnorfolkbus at 17:14