A trip to Bury St Edmunds beckoned on Saturday with my wife and sister-in-law embarking on some Christmas shopping. (plus a visit to the cake stall on the market too of course!)

Whilst they were busy spending money, yours truly retired to St Andrews Street and the bus station area for my fix of bus photography. On arrival, the bus station was dominated by the presence of Mulleys decker MUI7949 which was noticeable for its application of fleetnames. 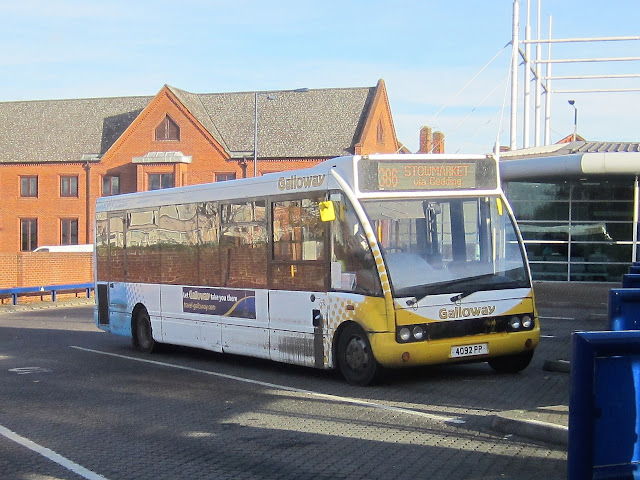 Arriving soon after was Galloway's Optare Solo  279 (4092PP) which was formerly registered MX53FDN. It's next working was the 386 to Stowmarket. 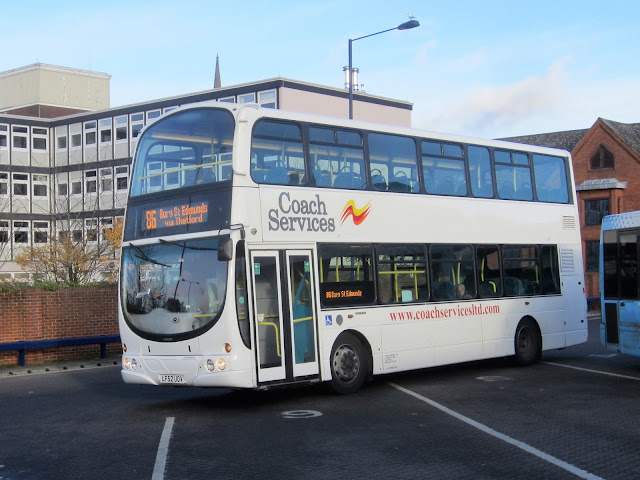 Another decker making an appearance was Coach Services' Volvo B7TL LF52UOV which the operator acquired in March last year from dealer Ensign. It was originally Arriva London's VLW122. Other vehicles appearing from the fleet during my period of observation were ADL Enviro200 SN63NBB, Volvo B7RLE BJ60BYX and Volvo B8RLE BU16OZO. 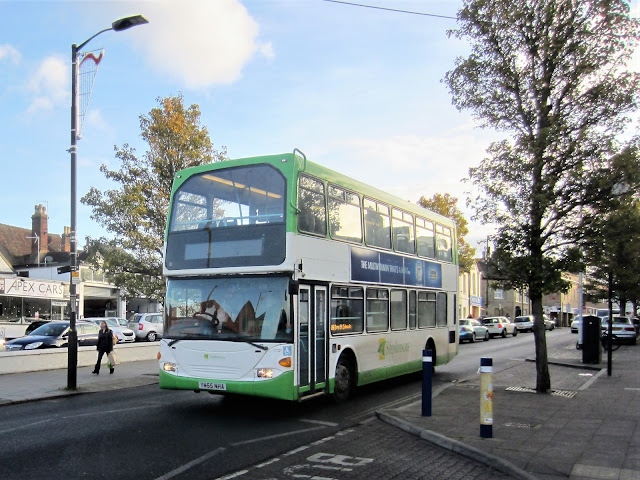 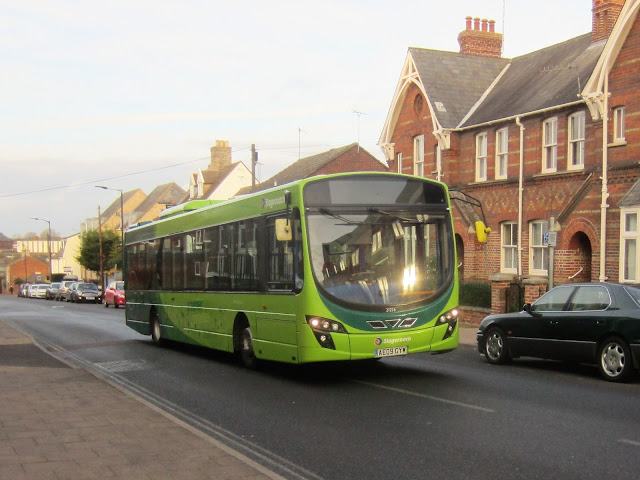 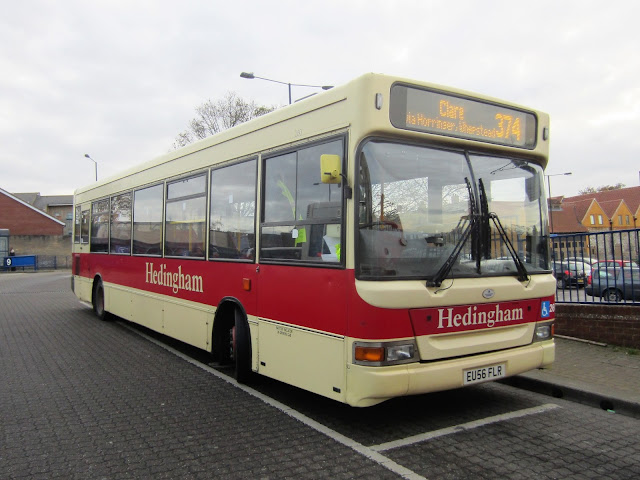 A surprise appearance was a Hedingham branded Alexander Dennis Dart 260 (EU56FLR) operating with Chambers legals. Another Chambers decker in use was Scania N94UD 1501 (YN55PZD) - similar to a trio recently operated by Anglianbus. 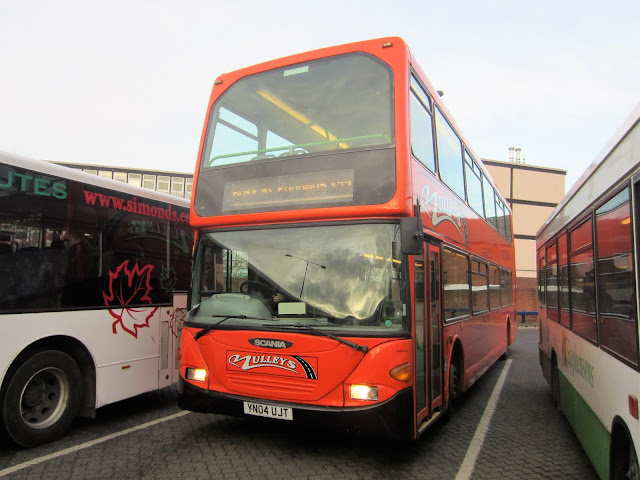 My final photo is of Mulleys YN04UJT - one of a number of Scania N94UDs recently acquired from Nottingham City Transport.

Roy
Posted by eastnorfolkbus at 09:21