After a short period with almost nothing to report, there has been a spate of movements locally at First. Dennis Trident 33165 (LR02LYC) and celebrity Volvo B7L 60916 (YG02DKU) have returned to Norwich after their short stay on the coast

Moving to Caister Road are three Dennis Trident/Plaxton Presidents from First South West which were initially transferred to Norwich. (see Grahame's earlier post) They are here following the increase in Bernard Matthews contract work during the period leading up to Christmas. 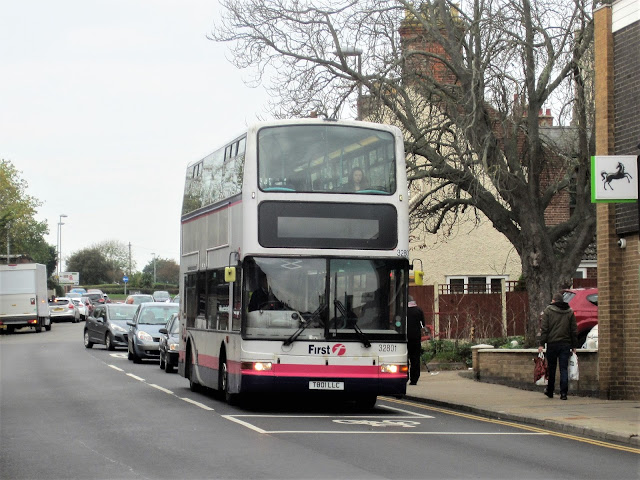 32801/49 (T801/49LLC) both arrived at the seaside yesterday with 32809 (T809LLC) turning up  today. First Great Yarmouth lost no time in getting both into revenue earning service with them being used on the 8's between the James Paget Hospital and Caister's Marram Drive earlier this morning. 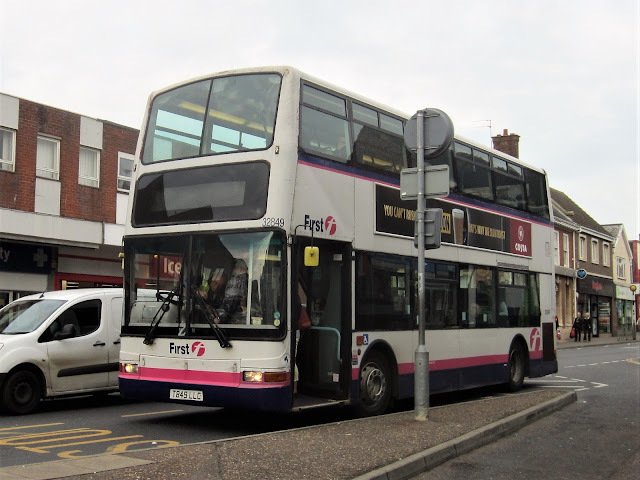 Norwich's Wright Eclipse 66343 (MV02VCW) was noted on Great Yarmouth services yesterday on loan and is also due to return to the city later today. Also off to the 'fine city' are Volvo B7TL/ Plaxton President's 32212/4 (LT52WTV/X).

Roy
Posted by eastnorfolkbus at 10:30