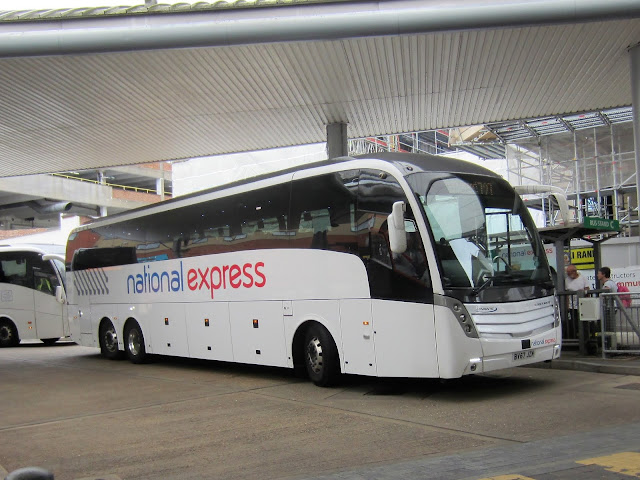 With the need to spend a penny I thought I would look in at the bus station and was rewarded with a photo of Whippet's National Express branded  Caetano bodied Scania K410EB6 bearing the registration BV67JKN. New to the Swavesey based operator in January this year, it was being used on the 727 London Gatwick route. 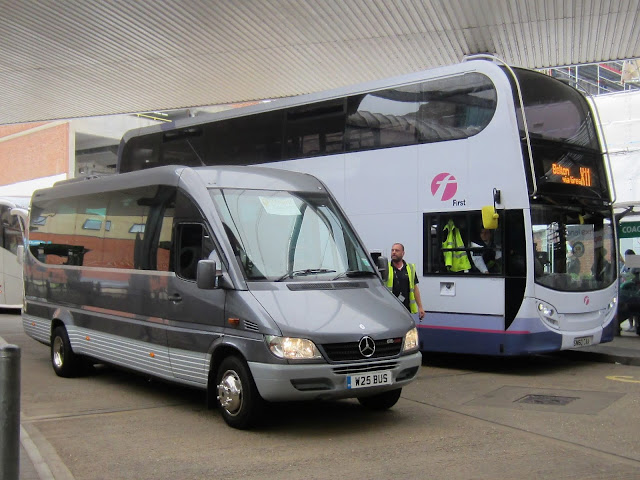 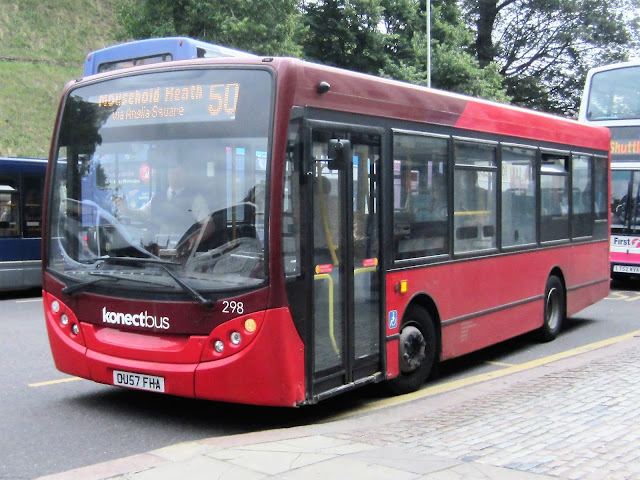 The final photo is of Konectbus Alexander Dennis Enviro200 298 OU57FHA on the 50 service between Mousehold Heath and Eaton Park/Cringleford. It was new to Thames Travel of Wallingford in November 2007, with the company becoming part of the Go-Ahead Group in May 2011. OU57FHA subsequently moved on to Carousel Buses following it too being absorbed into the Go-Ahead empire the following year. It joined the Konect fleet earlier this year retaining the Carousel corporate colours

Roy
Posted by eastnorfolkbus at 09:39