Another Anglian Decker In Exile 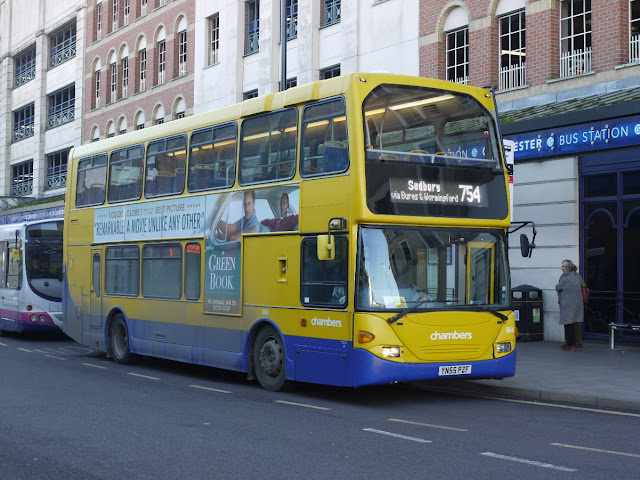 Robert has now provided another photo showing a former Anglianbus decker, still retaining its colours, but now in use with Go Ahead Chambers based in Sudbury, Suffolk. East Lancs Omnidekka bodied Scania N94UD YN55PZF is shown at Colchester Bus Station (Osborne Street) on 28th January 2019 waiting to depart on the 754 service to Sudbury.

My thanks to Robert for the photo.

Roy
Posted by eastnorfolkbus at 11:04