Six coaches were observed on my trawl around the usual haunts in Great Yarmouth early yesterday morning. 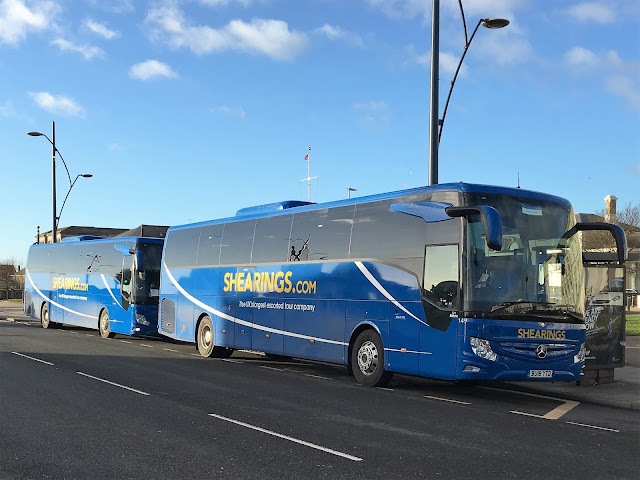 Three of them belonged to the Shearings' fleet and were parked in close proximity to their Carlton Hotel on Marine Parade. Two 18 registered Mercedes Tourismos were seen in the form of 149 BU18YTD and 133 BU18YSK (pictured). Also present in front of the SeaLife Centre was aROSA River Cruising liveried Kassbohrer Setra 637 BT63GCX. 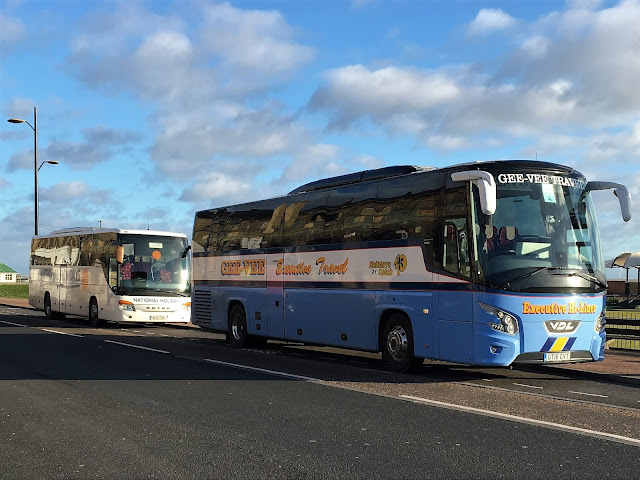 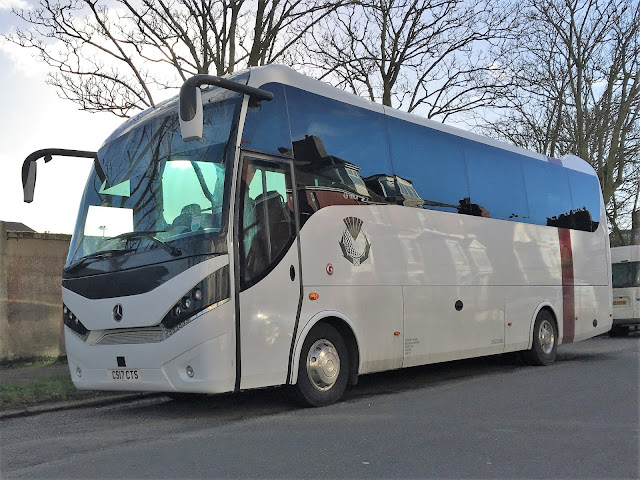 With nothing observed at the Coach Station, I thought that was it until I returned home via Wellesley Road! Unusually next to the football ground I espied Courtney Travel's Unvi Touring GT bodied Mercedes Benz CS17CTS

Roy
Posted by eastnorfolkbus at 10:07