One of those rare mid week days when I was determined to get to Norwich to photograph activity in the Fine City. It initially meant a stroll to the city centre via Bishopgate and I was hopeful that I may see a Norwich School Olympian in the lay by. There wasn't, but there was a Dolphin Travel Bova in the form of FRZ2054. 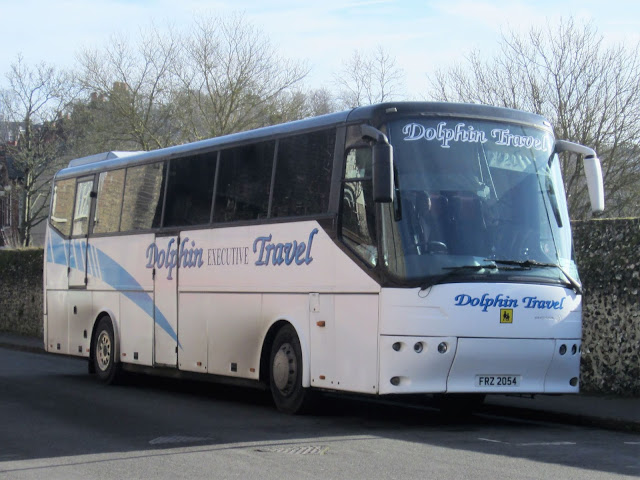 On arrival in the city centre, it was noticeable that Konectbus were using vehicles of many colours as the attached photo shows. Here former Go Ahead London red Wight Eclipse Gemini LX05EAJ is passed by ex Thames Travel ADL Enviro200 SN10CCZ. 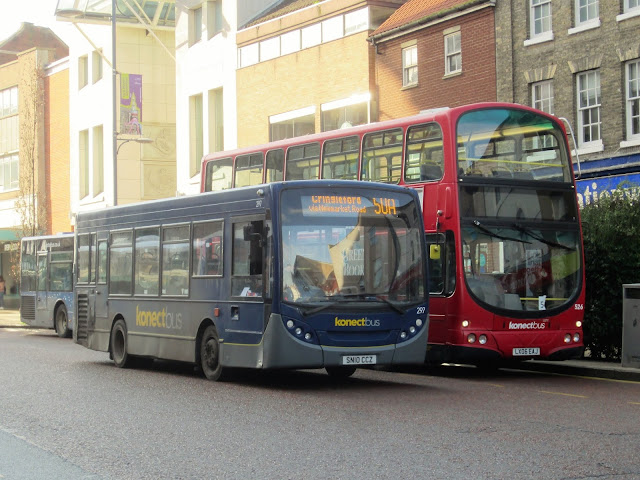 Lurking behind the twosome in the photo is Bluestar liveried Mercedes Benz Citaro 426 HF55JZD on 'the shining bus service for Southampton' - a little off route perhaps! 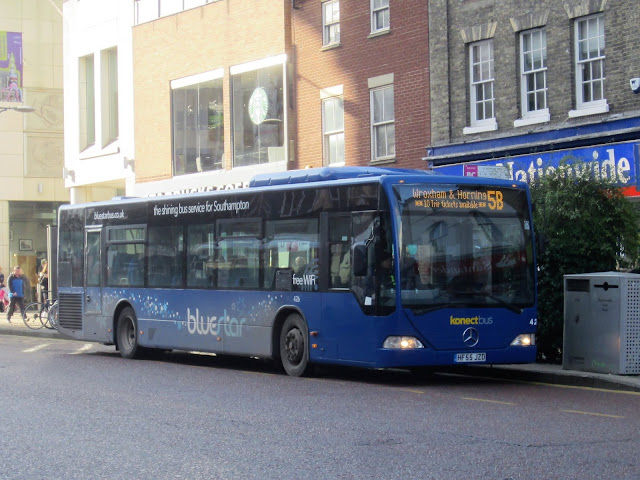 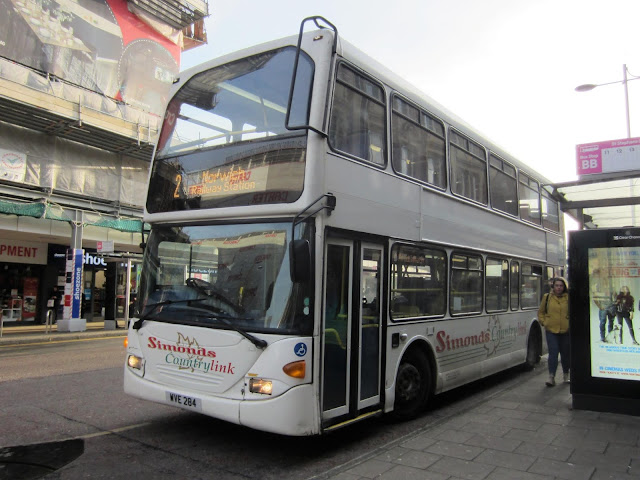 At the Castle Mall entrance, on Castle Meadow, were two Sanders Coaches on a school trip. Former Lochs & Glens Volvo B13 920 BT14DLZ was parked in front of  ex Parks of Hamilton Volvo B9R 918 SD60DGO. 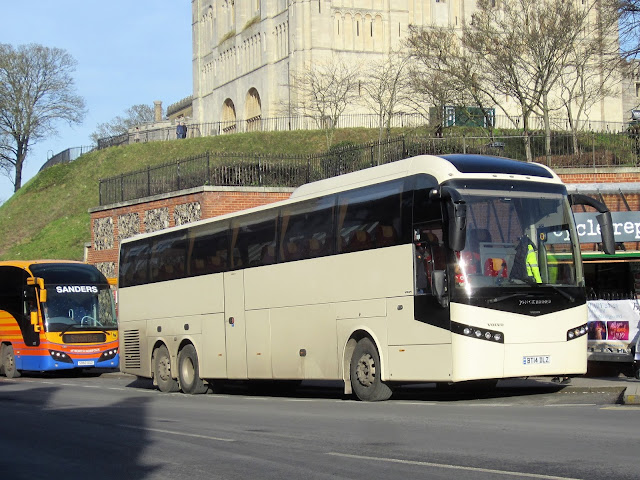 A former Sanders vehicle seen in its new guise was VDL/ Berkhof YJ12CHK now re-registered by its new owner Felixstowe Travel as M30FXO. It was one of two of the fleet seen on Theatre Street - the other was Volvo B9R M50FXO. 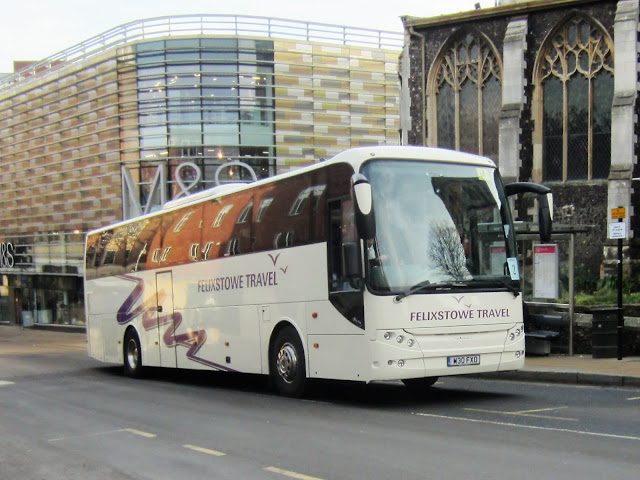 Of the National Express services I saw, all three were in the hands of Whippet's Caetano Levantes including the 490 London service. 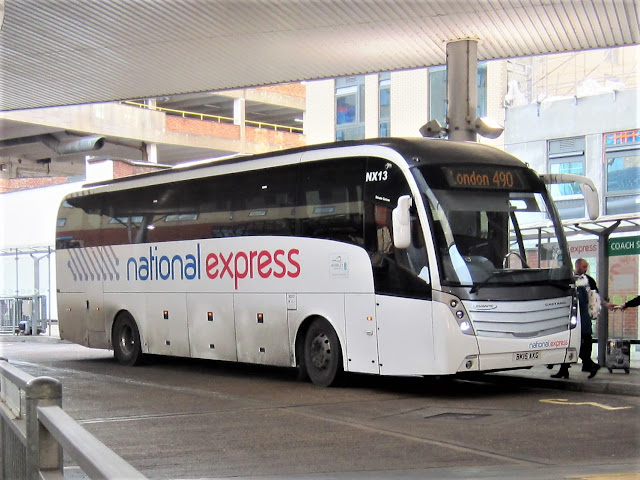 Yes, I know I haven't posted a First photo, but I didn't notice anything that unusual to report!

Roy
Posted by eastnorfolkbus at 11:44