A total of seven coaches were observed on the trip around Great Yarmouth earlier this morning. 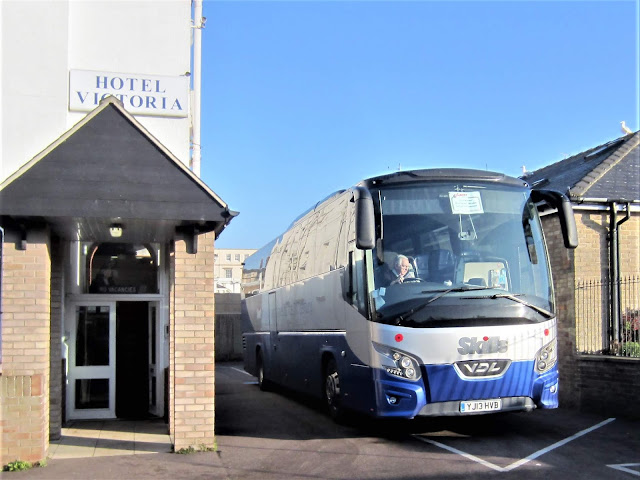 Outside the Hotel Victoria on Kings Road was Majestic Travel's Mercedes Benz Tourismo BN17JMX whilst on the hotel car park was Skills of Nottingham's VDL Futura YJ13HVB (pictured). 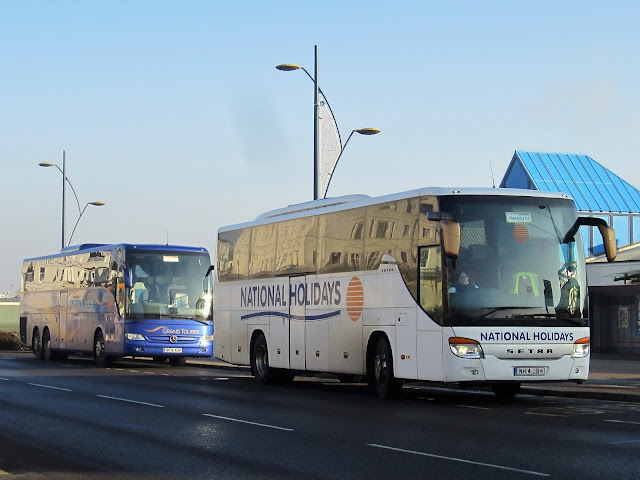 As usual, a group of Shearings/ National Holidays coaches were parked on Marine Parade close to the SeaLife Centre. Together were the latter's Kassbohrer Setra NH14JBH with the former's 849 BF16XOV bringing up the rear. On the opposite side of the road was a second Shearing's Tourismo in the shape of 133 BU18YSK 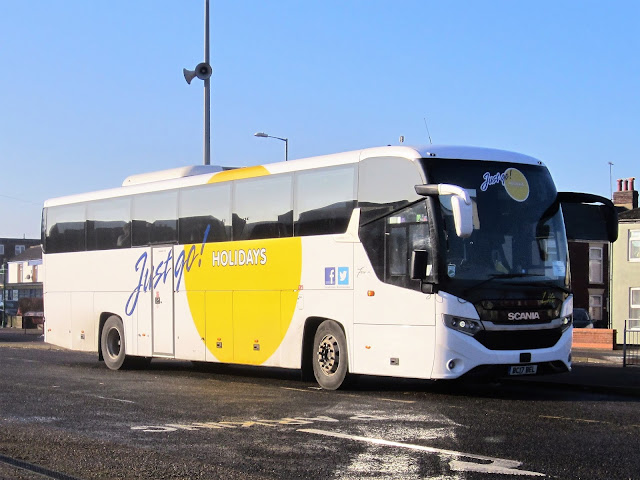