Last night regular contributor Tony Wilson emailed a photo showing Optare Solo YJ58 CBX operating the recently introduced Holt town service provided by Sanders Coaches
With the increase in housing developments in the area, leading to population growth, the operator now provides the service between Heath Drive near the depot and the Medical Practice at Kelling Hospital via the town centre

Coincidentally I was in North Norfolk yesterday for the Members Day event at the North Norfolk Railway and, of course, it would have been rude to not get some Sanders photos at the same time! 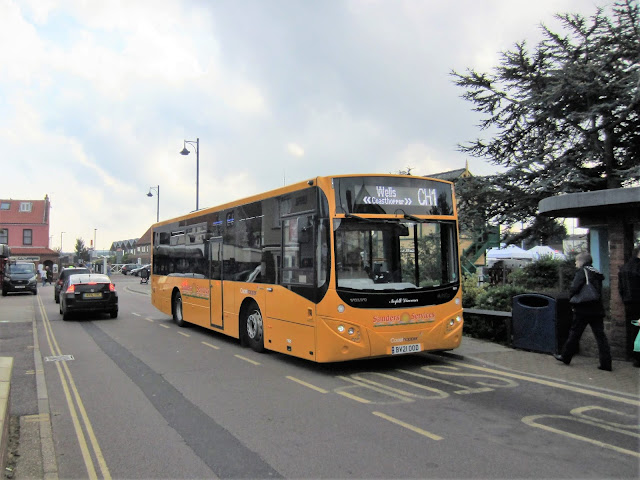 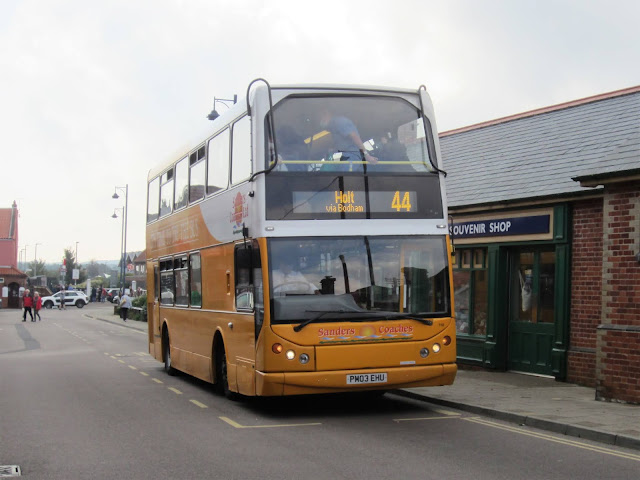 Prior to that former Isle of Man Transport East Lancs bodied DAF DB250 PM03 EHU was off to Holt on the 44.

Meanwhile I have received news that both of Sanders two new Volvo B5 deckers have arrived and are expected to be in service sometime next week
My thanks to Tony for the use of his photo
Roy
Posted by eastnorfolkbus at 17:18