You may recall that early last month I reported a First liveried double decker had been observed in the BorderBus yard at Beccles. (Stranger in The Camp - 4th September 2021) Andrew Pursey later confirmed its identity as ex First Kernow ALX400 bodied Volvo B7TL 30955 YJ51 RCU 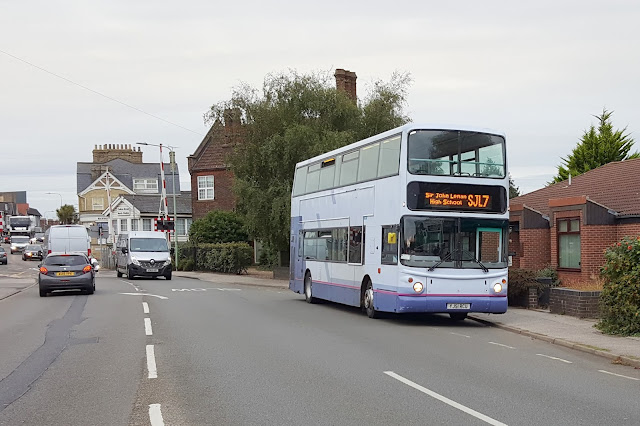 Since its arrival I have been hoping to catch a glimpse (and a photo) of it in service. Fortunately Syd Eade did just that yesterday morning close to Oulton Broad North Station on the operator's SJL7 service to the Sir John Leman School. Whilst it remains in First colours, references to First have been removed apart from the rear fleet number.
My thanks to Syd for the report and photo
Roy
Posted by eastnorfolkbus at 11:49