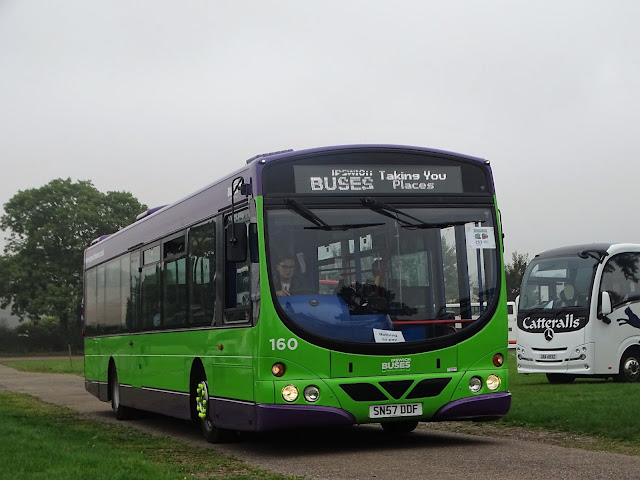 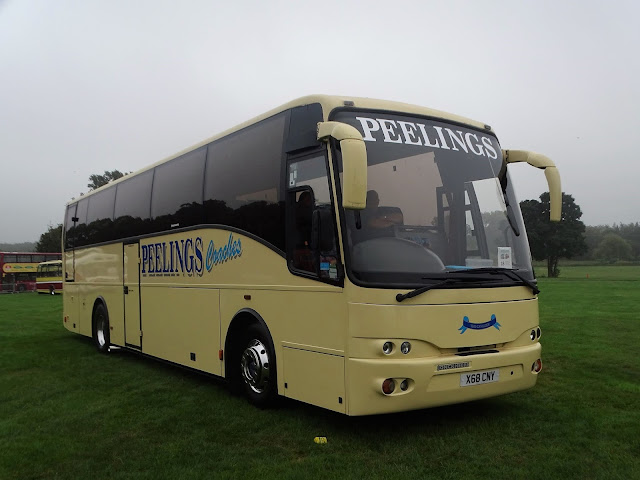 Next up is Peelings Coaches (Jonathan Joplin's) Jonckheere bodied Volvo B10M-62 X68 CNY, Delivered new to Bebb of Llantwit Fadre in February 2001 it has subsequently seen use with On A Mission Coaches of Soulbury, Buckinghamshire; Herrington Coaches of Fordingbridge, Hampshire and Carrs Coaches of Pluckley, Kent before moving to Norfolk. 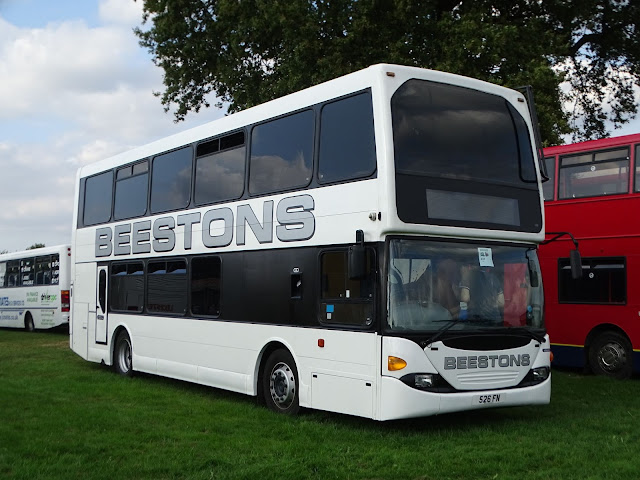 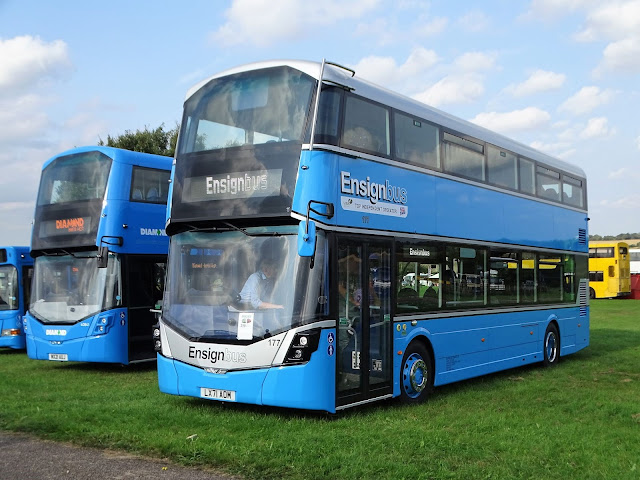 Ensign of Purfleet entered brand new Wright StreetDeck 171 LX71 AOM - despite the entry list suggesting it would be a StreetLite ! 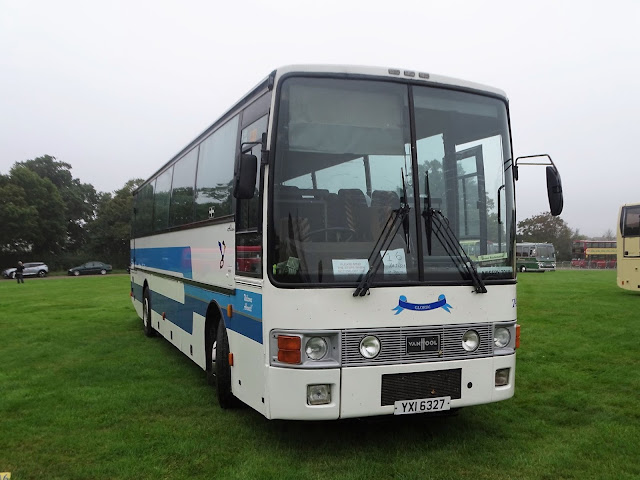 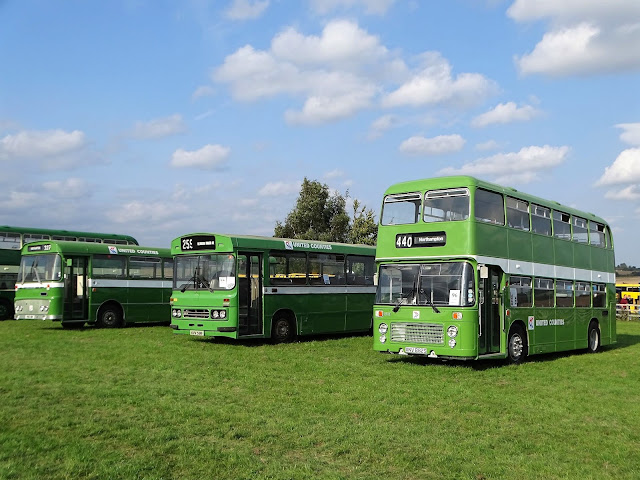 My thanks to 'Reg Vardy' for providing the photos
Roy
Posted by eastnorfolkbus at 12:57