This week we look back to the later part of a wet November in 2010 with Great Yarmouth Beach Coach Station as the location for the photos. 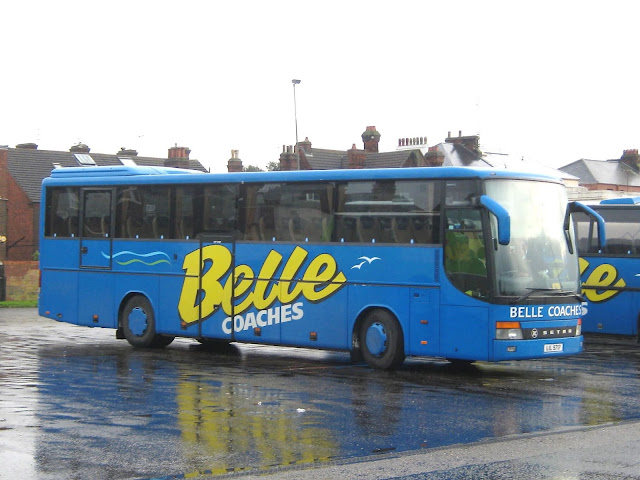 The first three were taken on the 24th of the month beginning with Belle Coaches Kassbohrer Setra 24 LIL 9717. The coach was acquired from Greeves of Netherton in January 2005 as BV51 KNY with Belle selling it on to Payne of Offord Cluny in April 2017 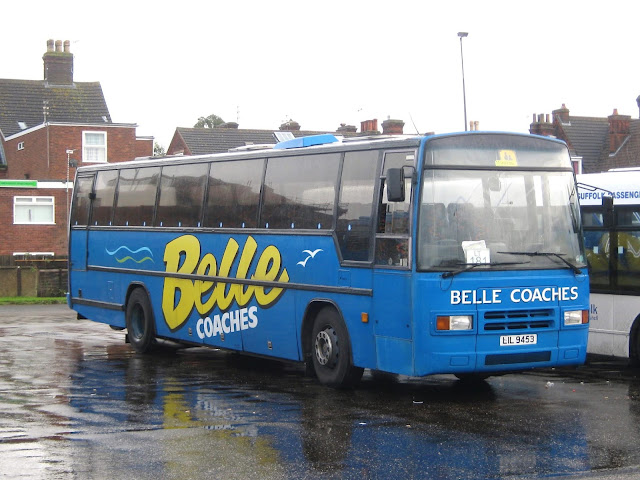 Another member of the Suffolk fleet present that day was Plaxton Paramount bodied Volvo B10M-60 LIL 9453 which was new to O'Conner of London as F884 SMU in 1989. It was later noted with another Suffolk operator GM Travel of Barham still in Belle Coaches blue. 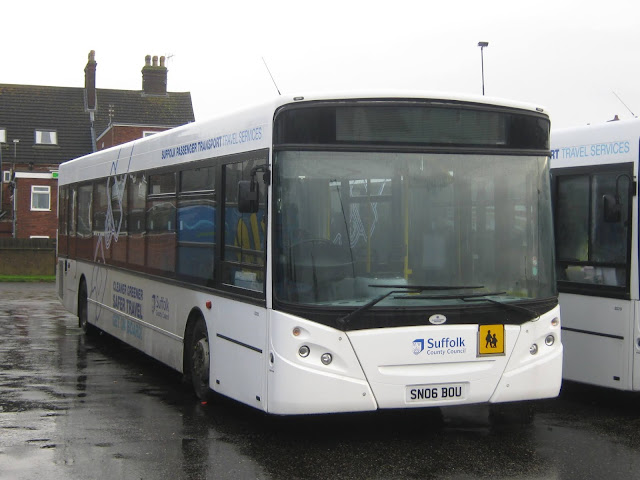 The third photo is of Suffolk County Council's (now Suffolk Norse) Alexander Dennis Enviro300 SN06 BOU. It was new to the operator in April 2006 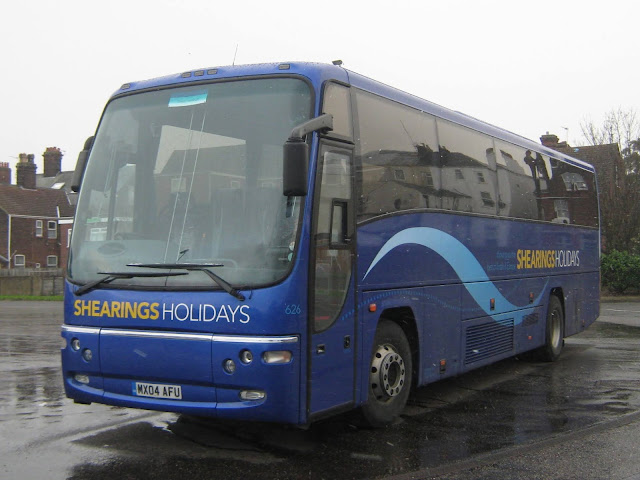 Our final contribution is Shearings Holidays MX04 AFU which is also pictured in the rain the Coach Station but on the 30th of the month. The Plaxton Panther bodied Volvo B12M later transferred to the National Holidays fleet and was last noted with Jarvis Coaches of Aberdare
Roy
Posted by eastnorfolkbus at 12:35