As we near the end of our regular Friday Flashback feature, this week we look back to the early part of December 2010 with Great Yarmouth being the location for the photos. 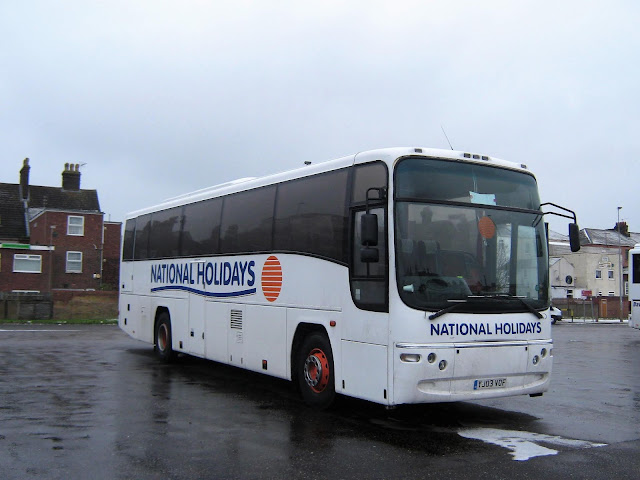 For our first three contributions we look in at Beach Coach Station during the early part of the month. On the 2nd National Holidays' Transbus Paragon bodied Volvo B12M YJ03 VOF was present. New to Wallace Arnold in 2003 it later transferred to the National Holidays fleet and subsequently joined Edward Thomas & Son Coaches of Epsom 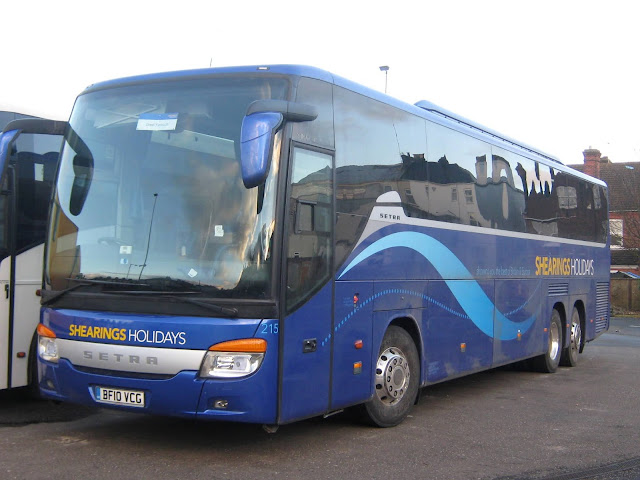 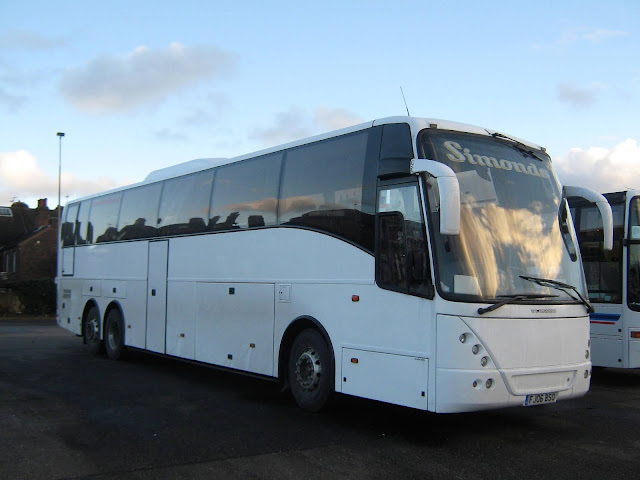 That same day Simonds Volvo B12B Jonckheere Mistral FJ06 BSO was also on site. It was new to Loch & Glens of Aberfoyle in March 2006 with Simonds acquiring it three years later. 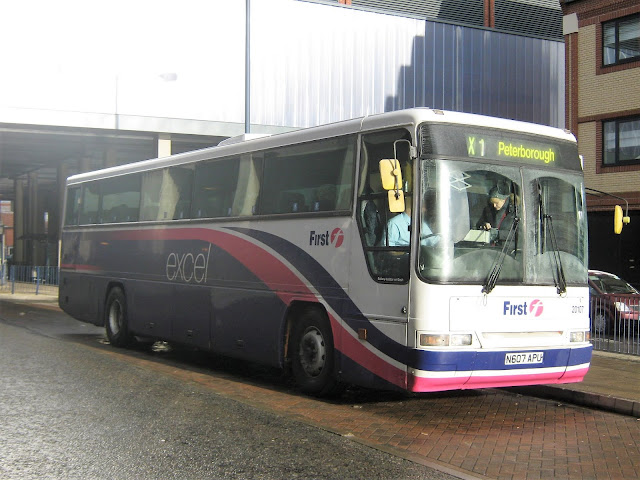 Roy
Posted by eastnorfolkbus at 11:25