My first conversation with Omar Atiallah since his move to Coach Services revealed that the Thetford operator has repainted former Tower Transit Volvo B9 VN37952 BN61 MWZ into its owner's colour of all over white. It arrived from dealer Ensign in June this year. 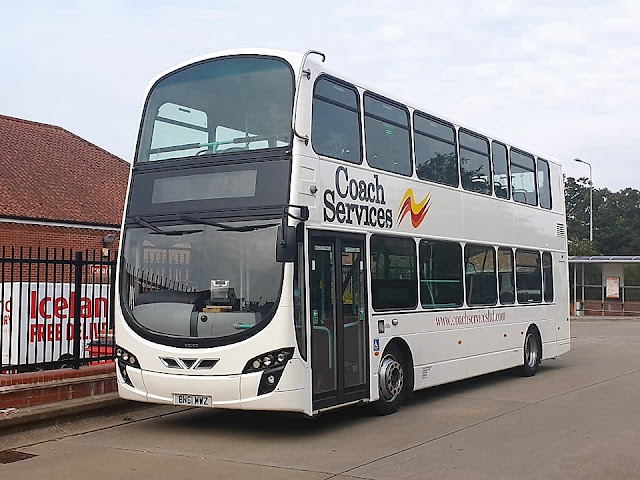 Former ex Trent Barton Alexander (Belfast) bodied Volvo B10M-60 M51PRA has been sold for preservation being one of only five in existence. New in January 1995, Coach Services acquired it from Green Triangle of Atherton, Greater Manchester in October 2008. 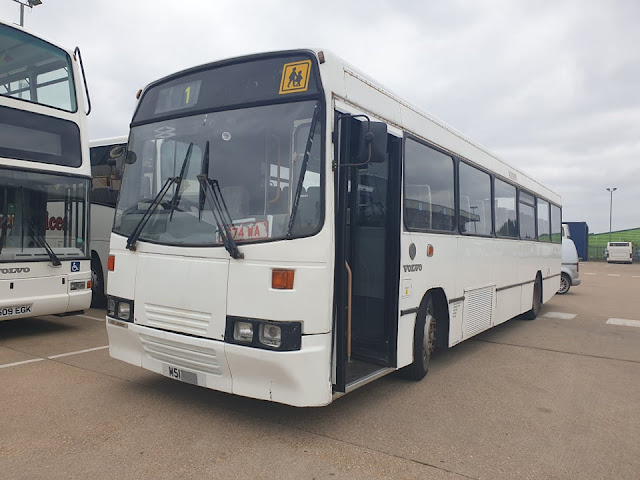 Optare Solo M920 MX04 VMA has left the fleet moving down the road to Salec Travel Limited also based in Thetford. It was new to Coach Services in July 2004.

My thanks to Omar for the information and photos.
Roy
Posted by eastnorfolkbus at 20:15