The former Arriva London open top bus and London Sightseeing Tours LJ51 DKN returned to Ensign in early September before the end of the summer timetable. The Plaxton President bodied DAF DB 250 had been loaned to First to provide additional cover during peak demands for the seasonal open top 1C service. 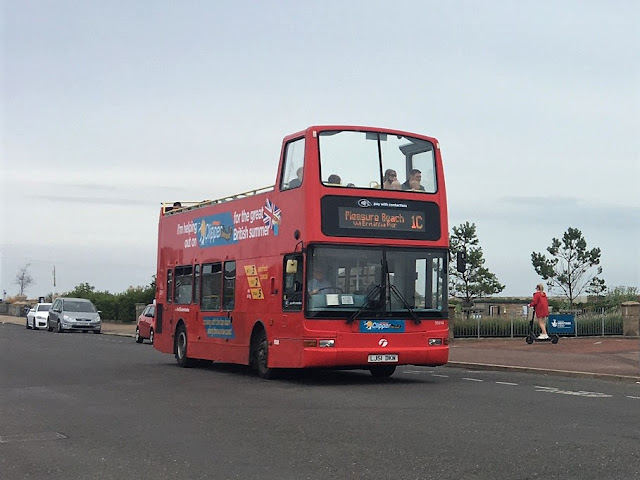 My thanks to First for the information.

Roy
Posted by eastnorfolkbus at 21:50