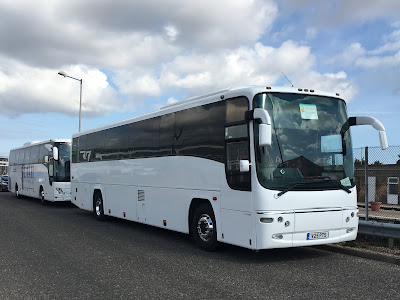 Earlier this month I reported that, following a hearing in Cambridge, the East of England Traffic Commissioner had issued a notice of closure to the Wroxham based PTS Group, trading as Wrights Coaches.
Our post of the 8th September had subsequently been taken down as it was alleged that the information was not correct and there was no official report available to verify the content.
However, further information has now become available in a newspaper article published by the Eastern Daily Press earlier today which can be viewed by clicking here
A short period of time been given to Norfolk County Council to allow it to re-tender schools contracts operated by the company and to provide existing drivers time to find new employment before the closure notice takes effect.

In addition to the revocation of the operator's licence, Transport Manager Matthew Wright has been given a two year ban.
Roy
Posted by eastnorfolkbus at 17:29