Another reasonably early start gave me a further opportunity to look round the usual haunts and perhaps, maybe, get a photo of that Barnes of Swindon coach which evaded the camera on Tuesday. Surprisingly it was still about awaiting its passengers outside the Palm Court Hotel on North Drive. Identified as VDL Futura WJ16 KBE, it was, new to Barnes in March 2016. 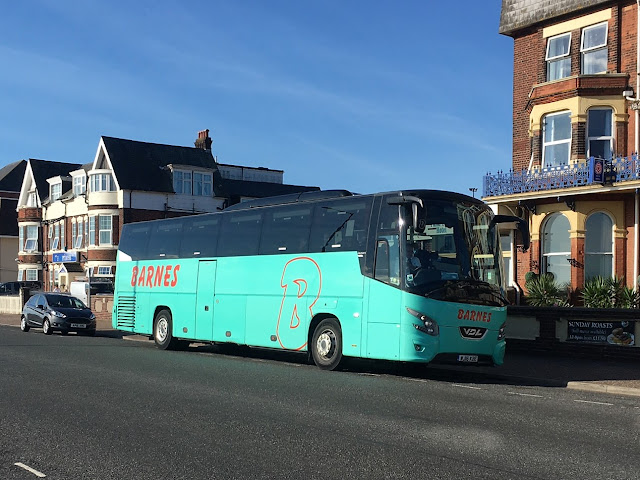 A look in at Beach Coach Station found Amport & District's Van Hool WJ16 KCK and Richard Taylor's Mercedes Benz Tourismo RT70 RTT in addition to the others seen there earlier in the week. 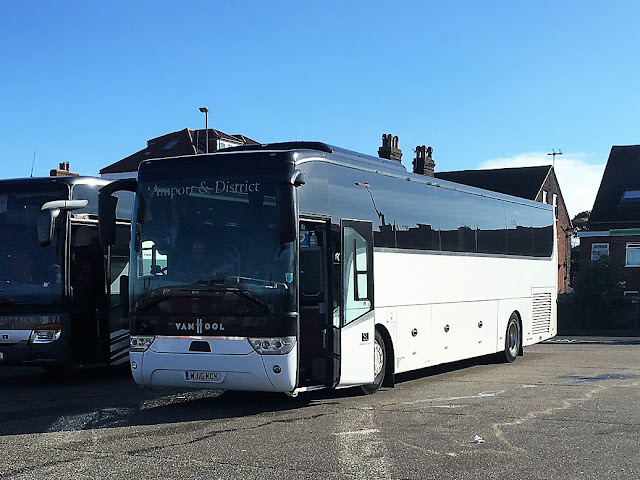 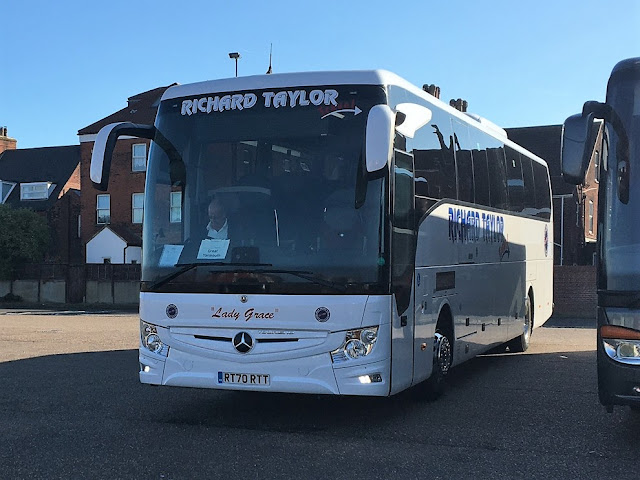 Deciding to go home via First's Caister Road depot I noticed First Lowestoft Dart 42929 SN05 EAJ parked up against the Harley Road fence - no doubt still on the reserve list. Just inside the depot was First Ipswich Reds 32654 AU05 MUW 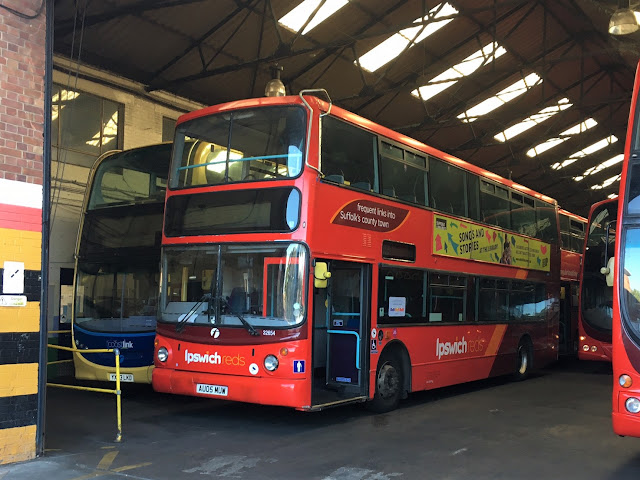 Roy
Posted by eastnorfolkbus at 14:48